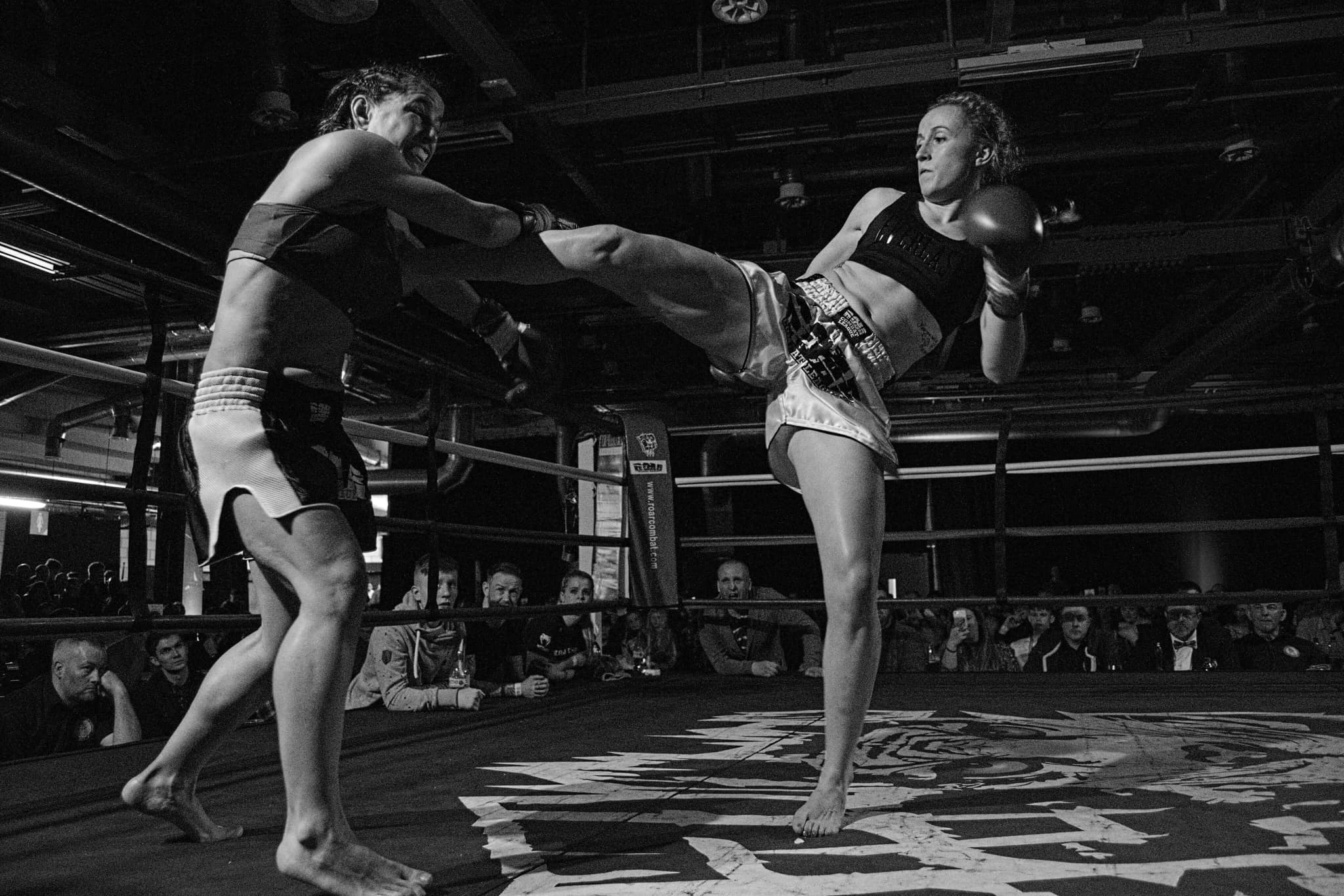 Fresh off a silver medal at the IFMA World Championships in Bangkok last month, we caught up with WBC Muaythai European champion Dani Fall to reflect on her performance at the Championships and discuss upcoming UK #1 spot bout against Rhona Walker.

I started training at 14-years-old after my dad took me to one of Steve’s Thai boxing shows. My dad used to train years ago. He took me and my brother to a show and I fell in love with the sport that day and wanted to try it out. The next week I was in the gym training under Steve Broome.

What was it you enjoyed about it and what made you want to keep going?

I just enjoyed training and learning every session. I didn’t really want to fight when I started, it took a few years to get to that point, however I loved the respect and tradition shown which you don’t see in other combat sports. Tearing chunks out of each other for five rounds, then as that final bell goes you’re best friends.

What were your goals in the sport? Did you ever think you’d be competing for your country?

To start with, I wanted to have a few fights and perform well, showcase my skills to all my friends and family. After a couple of fights I really fell in love with fighting and didn’t want to stop. At 17 (when I started competing) my five-year goal was to be fighting full Thai rules with elbows, but that happened in my first year after only four fights!

Now my goal is to be the best I can be. I’d love to do the IFMA Championships again, that is probably the highlight of my career so far.

What was it like for you to represent your country at the championships for the first time?

It was surreal. It’s only just started to sink in that I won silver at the World Championships! It was all systems go from the very beginning. The whole tournament was incredible, I can see why IFMA is said to be the hardest tournament in the world – the fighting is just a fraction.

You have to make weight over 10 days, be ready mentally for schedule changes, stay focused to do your job and manage any injuries, so you’re ready to compete the next day!

It was very hard, but something that I wouldn’t change for the world and to be so close to gold was frustrating, but next time, with this experience I’ll be looking to take the gold.

How do your rate your overall performance in the championships and what have you taken from it?

I think I performed well, it’s a lot quicker than Pro bouts and you have to box more. I’m more of a Muay Femur style, so I had to up the pace a little for Amateur. Some of the rules are different as well, with sweeps etc so you have to adapt quickly.

I fought a very good Girl from Vietnam in the quarter-finals, I beat the Finnish girl in the semi-finals who had beaten the Thai favourite, finally meeting the Russian in the final. I am happy with all of my fights, I know what to work on so hopefully we will meet again and I can correct mistakes.

I’m my own worst critic but reflecting on the experience as a whole, I faced three of the top seven nations at the tournament, I had the toughest route to the final and the fact the quarter-finals was only my second ever IFMA rules fight, I’m very happy with it.

Any special mentions to people who have supported you throughout your career to get you where you are now?

My coach Steve Broome, without him this journey would not be possible, he’s been my coach from the first day I walked into the gym. All my family and friends, I have to sacrifice a lot to be where I am but they understand and can see why I work so hard.

Huge thanks to Steve Pender and Christi from Chaos too! I try to go down every fight camp a few weekends, Christi Brereton has been my idol since I first started fighting and now a very good friend.

It’s so hard for girls in the UK to get decent sparring and more recently the girls at Kiatphontip for welcoming me in on a Saturday for some great beat downs.

Next fight is against Rhona Walker for the UK #1, who you have already beaten under IFMA rules in the trials. How will you prepare for this and will it be any different to the last fight?

I’m very excited for this fight. Rhona is a great fighter with a beautiful Thai style. She doesn’t pursue fake titles just like me and will fight anyone just like me.

The only difference will be the lack of protective gear (head guard, elbow pads etc), I know Rhona is good with elbows and strong in the clinch which is where I see this fight being fought – but so am. I’m looking forward to it, it’ll be a good test and I will cement the UK #1 spot.