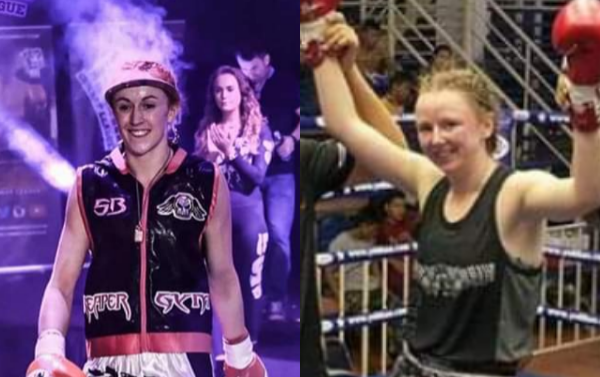 Late last night, Corefit UK Promotions announced another epic bout to be added to the Roar Combat League 16 card in Birmingham on the 28th September.

Current UK 52.5kg #1, Rhona Walker of M-Mag Fight Team in Scotland, will face #2 Dani Fall in a classic Scotland vs England for the UK #1 spot.

Having turned down numerous opportunities to fight for world titles recently, Dani Fall said the #1 spot fight against Rhona Walker was high on her priorities.

“You can’t call yourself a world champion if you are not considered the best in your country.”

The Reaper Gym fighter holds an impressive 89% win ratio in her career and recently won the WBC European title after a five-round battle with Switzerland’s Aline Seiberth at Roar Combat League 13 back in April.

Having already fought Rhona Walker at the UKMF National Trials earlier this year, where Dani took the win and got the nod to represent Team GB at this years World Championships, it will be interesting to see the two face-off again under full Thai rules.

Having spent most of her career fighting in Thailand, Scotland’s Rhona Walker is the more experienced of the two with over 30 bouts in her career.

Since the loss to Dani Fall at the UKMF National trials in March, Walker has faced former UK #1 Sophie Hawkswell and most recently #4 Jenna Ross.

After Sophie Hawkswell moved up to 55kg, Walker recently inherited the Flyweight #1 spot and will be keen to prove why she deserves it when she faces Dani Fall in September.