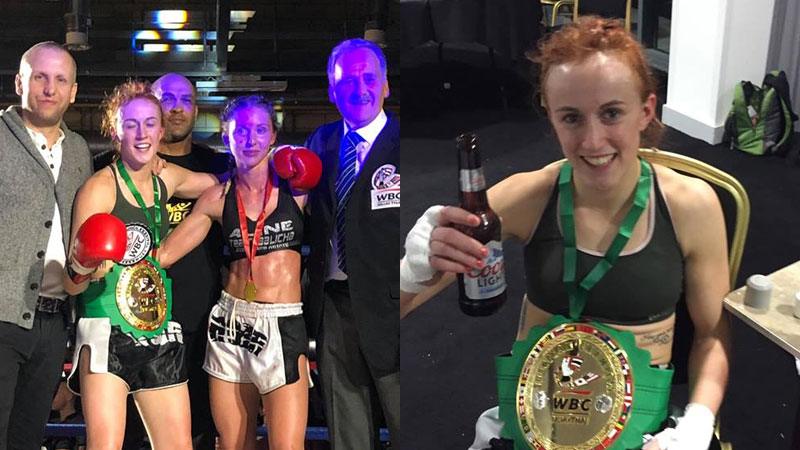 Current UK -50kg #2, Dani Fall of Reaper Thai Boxing, took on very tough and experienced Aline Seiberth, who trains at the WBC Hall on the outskirts in Basel, Switzerland.

Aline, who’s last appearance on UK soil was against the current UK #1, Amy Pirnie, at Enfusion Newcastle back in June last year, came into this fight the slightly more experienced of the two.

After five tough rounds of action, it was the Telford-based fighter, Dani Fall, who took the decision and was crowned the new WBC European Champion after an incredible technical performance which was later announced as ‘Fight of the Night’ by the Roar Combat League team.

Taking to her Facebook fighter page to share the news of the fight of the night award last night, Dani Fall said;

So what’s next for Dani Fall? Will we see a UK #1 spot bout against Amy Pirnie?