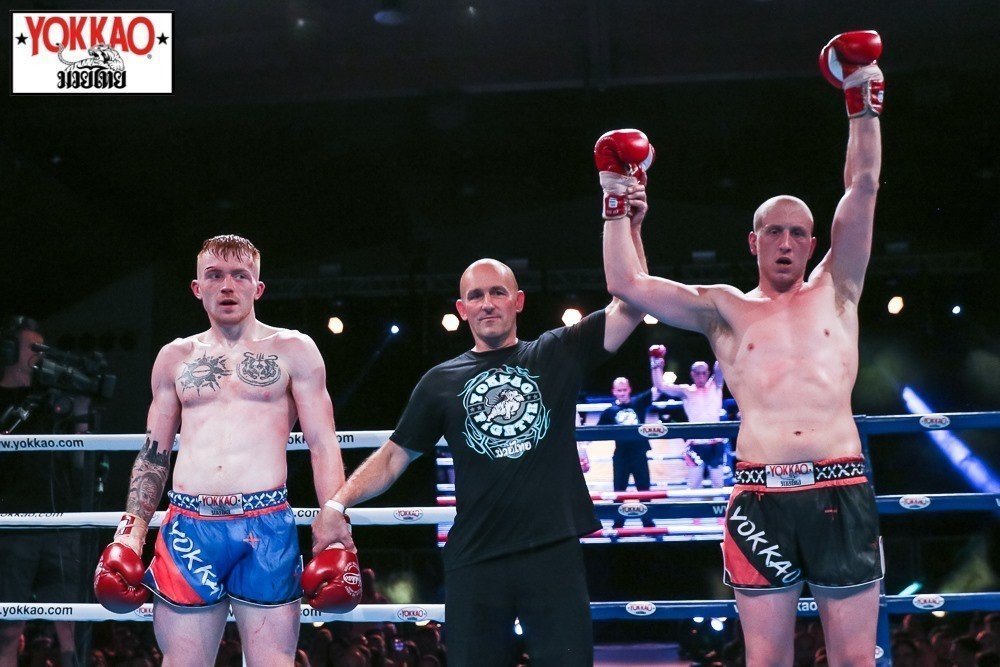 UK Light-Heavyweight #4 Daniel Bonner is in action this weekend as he faces Prince Owuh at YOKKAO 43 at the Macron Stadium in Bolton.

Coming off a big win against Dylan Meagher at YOKKAO 41 in Ireland in July which propelled him into the WBC Muaythai World Top 10, Bonner is hungry and confident he can take out anyone.

“I will fight anyone in the World at 76kg or 79.5kg, whether that’s Light-Heavyweight UK #1 Dan Edwards, Super-Middleweight #1 Owen Trykowski, WBC World #1 Charlie Bubb or WBC World Champion Jake Lund“, Dan told us, “my coach gets the final say of course, but next year I want them all.”

We spoke to spoke to the UK #4 and WBC World #6 Daniel Bonner to get his thoughts on his upcoming fight at YOKKAO this weekend.

How does it feel to be back on the YOKKAO stage after such a big win in Ireland a couple of months ago?

Daniel: “That was the fight against [Dylan] Meagher in Ireland that put me on the map. I didn’t fight my best but I got out of there in his hometown with a solid win.

“Everyone wants to fight on YOKKAO. It was a goal of mine when I first started, so to get back on and be on the main card again, it’s showing that all the hard work is paying off.”

You were originally supposed to fight Bilal Remassy this weekend, but your opponent changed. Would you still like to fight Bilal at some point and why?

Daniel: “I’d fight Bilal any weekend of the year. I’d fight him the same night as Prince if I had an option.

“In all honesty I’d had a bad feeling about him pulling out for weeks. In this sport you have to promote your fights. You have to sell tickets. He never promoted it once. I even took the fight at 76kg instead of 79.5kg because that’s what he wanted.

What do you know about your new opponent Prince Owuh and does the gameplan change for this fight?

Daniel: “I’ve seen Prince fight a few times. He’s powerful, awkward and likes to throw spinning elbows and jumping knees, but I don’t want to give anything away.

“Me and Kev (Kevin Harper) have been working on a gameplan for a couple months. It hasn’t changed. I think it’s going to be a very exciting first couple of rounds, but I’m just more skilled than he is. I’m just better and more intelligent than him.”

View the full list of bouts for YOKKAO 43 & 44 plus the full Next Generation undercard here.