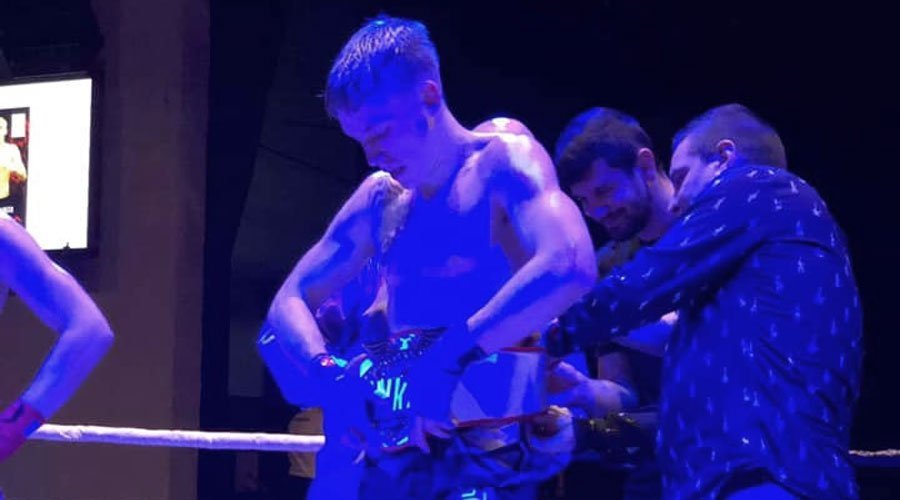 Originally from Essex, Danny moved to Cyprus with his family when he was young and has been training at Team Akopian in his adopted hometown of Paphos.

Without a fight so far in 2019, Parker was keen to get back into the ring to display his skill after his last fight on the huge KOK Fights show was named Fight of the Year in 2018.

We spoke to the newly crowned WKN champion after his third-round stoppage win on Friday night.

“Fight camp for this fight went great”, Danny told us. “It was about 6-7 weeks of hard training and strict dieting, but I was confident I was going to win who ever I was going to fight.

“Me and my trainer Arturos Akopian were very confident and knew we could beat anyone they put in front of us.

“I got the stoppage in the 3rd round after two hard low-kicks, but for now it’s onto the bigger test at KOK Fights in Cyprus next month.”