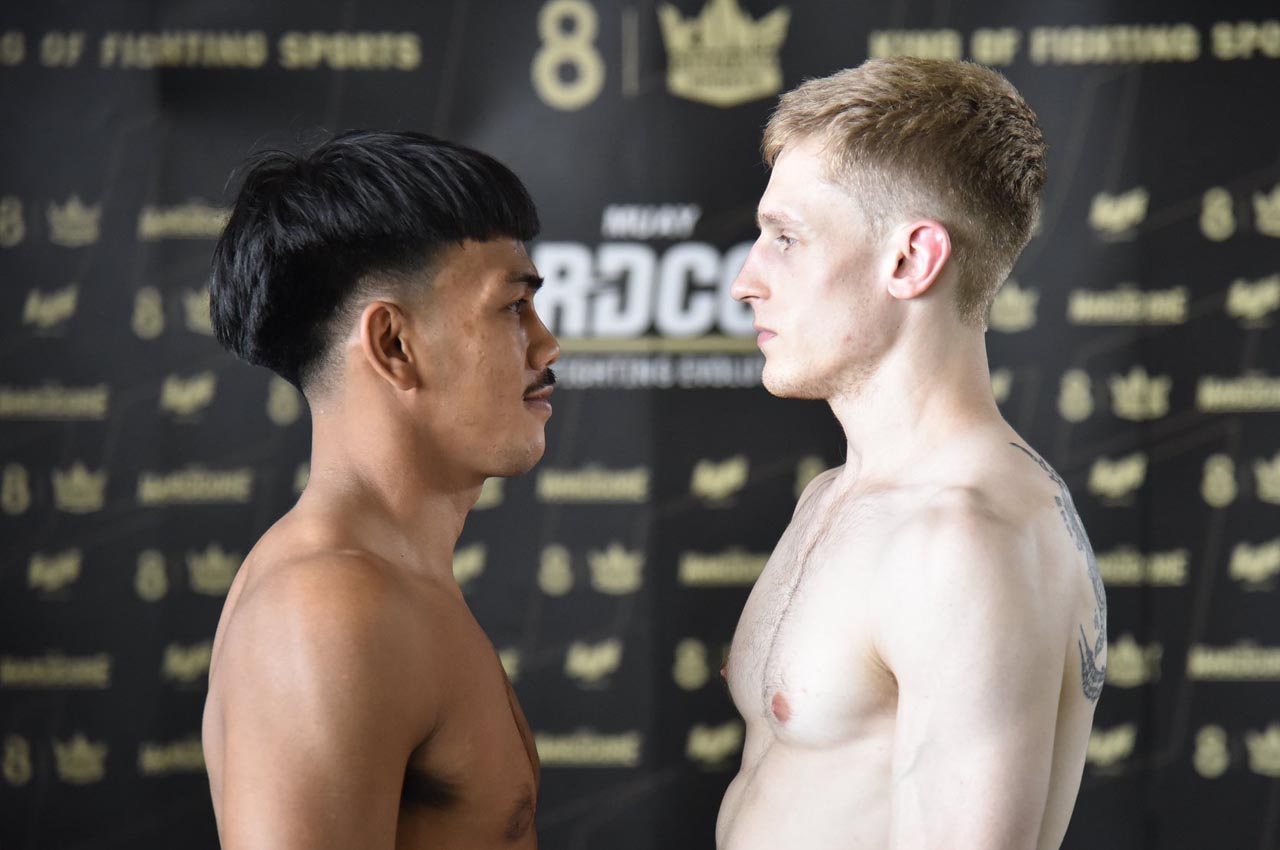 British Muay Thai fighter, Liam Griffin, faces one of the toughest test of his fight career to date this weekend.

He is set to take on Daraeak RevolutionMuayThaiGym in the main event at Muay Hardcore on Saturday.

The pair will clash in a bout set at 64kg, with both fighters hitting the scales slightly under weight at 63.8kg on Friday.

For Griffin, this will be a huge step up in competition against Daraeak, who has well over 100 fights in his career.

The UK fighter, though much less experienced than his opponent, has just a single loss in his career.

Having taken the #10 spot in the Thai Fighter UK Super-Lightweight rankings, he looked likely to begin climbing the domestic rankings before the COVID-19 pandemic struck.

Having travelled to Thailand to begin training at FA Group Gym, Griffin secured in knockout victory in his first bout of 2021 in Ayutthaya just three weeks ago.

He will face a much tougher test against knockout-artist Daraeak at Muay Hardcore this weekend however.

In the latter part of 2020, he became popular for his highlight reel knockouts, earning three straight KO victories at Muay Hardcore before a split decision loss to Sherzod Kabutov in November.

How to watch Daraeak vs Liam Griffin?

Daraeak vs Liam Griffin is set as the main event at Muay Hardcore this Saturday.