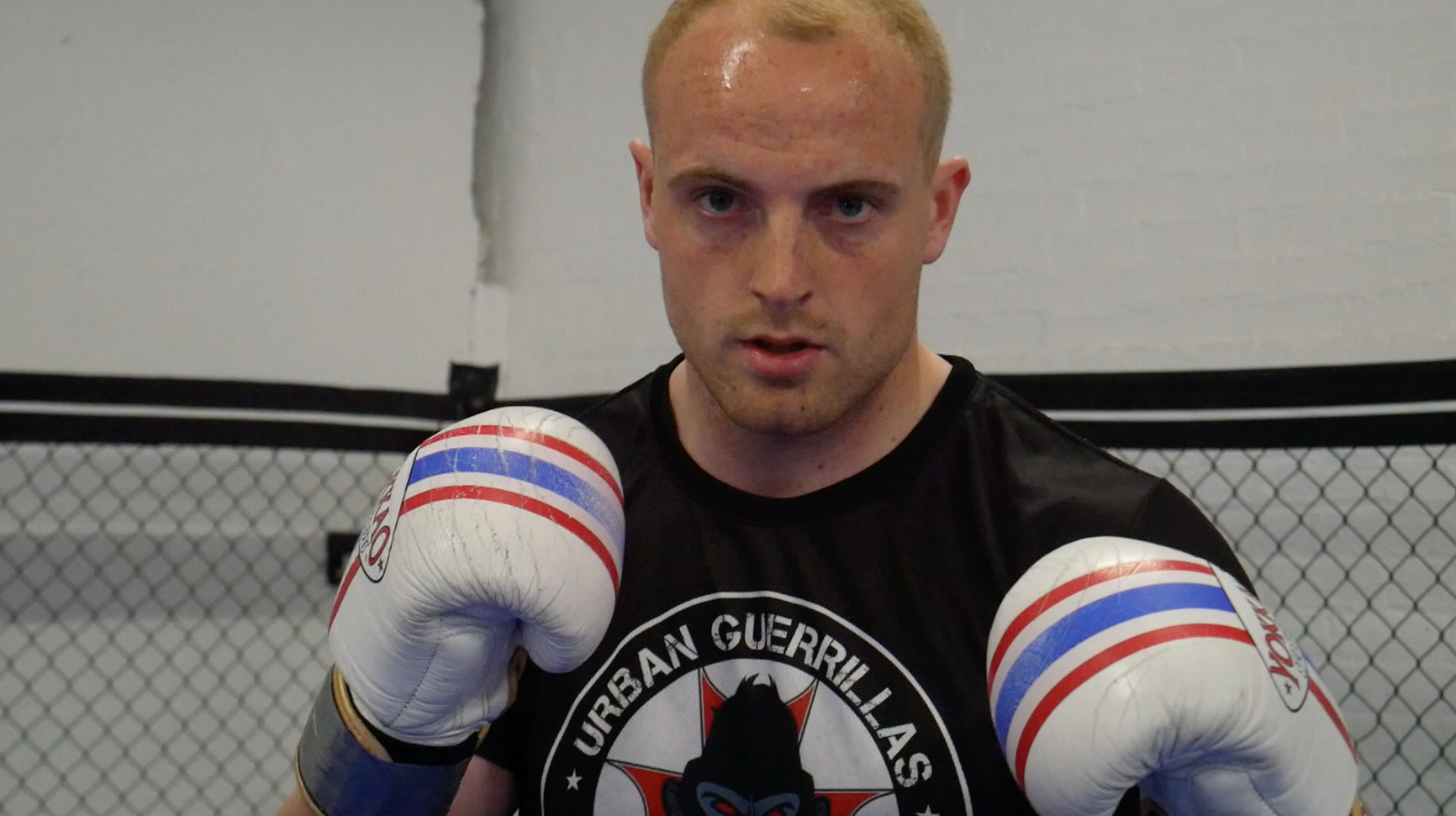 As part of the sponsorship deal with Enfusion, Fight Record are helping with media production for the upcoming event in June. Fight Record has been up to visit Urban Guerrillas in Falkirk to see Darren Howieson who will be fighting Mateusz Duczmal. Howieson is making his come back on the big stage after rupturing his bicep and says, “A lot has changed for me with my injury because I lived a very active lifestyle, but now that my arm is strong again things are back to the way they were. I feel great to be coming back on Enfusion, it’s a show I’ve always wanted to fight on it’s a good platform to show everyone that I’m back.” Duczmal fought on the Millennium Home Show back in March and beat Romanian opponent, Cristian Ristea.

With a ridiculous knockout rate, Howieson will be one to watch out for come June 9th. Everyone loves watching the big lads bang and this one will definitely deliver. The heavy-handed Howieson ruptured his bicep while fighting Charles Sikwa, 2 years ago on Yokkao. He will be looking to make his return and come back with a bang.

Fight Record caught up with Howieson when they visit and asked about his injury, he said, “it’s been a long journey recovering from my ruptured bicep had to rebuild everything the strength power flexibility endurance it’s been a long road, but I now feel it’s ready for action again every week it gets stronger and stronger. It’s been a nightmare I’ve lost quite a bit of time out of my fight career and a few big opportunities, but injuries happen, I’m just glad now I can get back to fighting”

Curious to know what his plans were now he is back, Howieson said, “I will be looking to stay active after my fight on Enfusion so hopefully I get another few fights over the rest of the year I’m also looking to venture into the boxing world too.” Who would you like to see Howieson fight? Duczmal will be looking to stop Howieson in his tracks, add another win to his record and take the win back to Bad Company.

Always an interesting topic to find out what game plan is being put in place for anyone and their opponent, “I don’t really look into my opponents, I don’t know much about him (Duczmal) at all. I just focus on myself, I don’t change my training for any opponent. I will adapt to his skills in the fight.” With 11 of his 12 victories coming by way of knockout, this method evidently works for Howieson.

If you would like to keep up to date with what Howieson is up to on his Facebook by searching his name. If you would like to support him in his upcoming bout on Enfusion then you can get your tickets on Eventbrite now! Www.enfusionuk.eventbrite.co.uk and quote the code ‘Howieson’ in the checkout and it will link with him!

On a final note, Fight Record would like to thank Barry Thomson for taking the time to get someone to look after us while we were visiting the gym and arranging someone to help do some pads for the 6ft 6 giant. Fight Record wish Barry a speedy recovery with his arm!