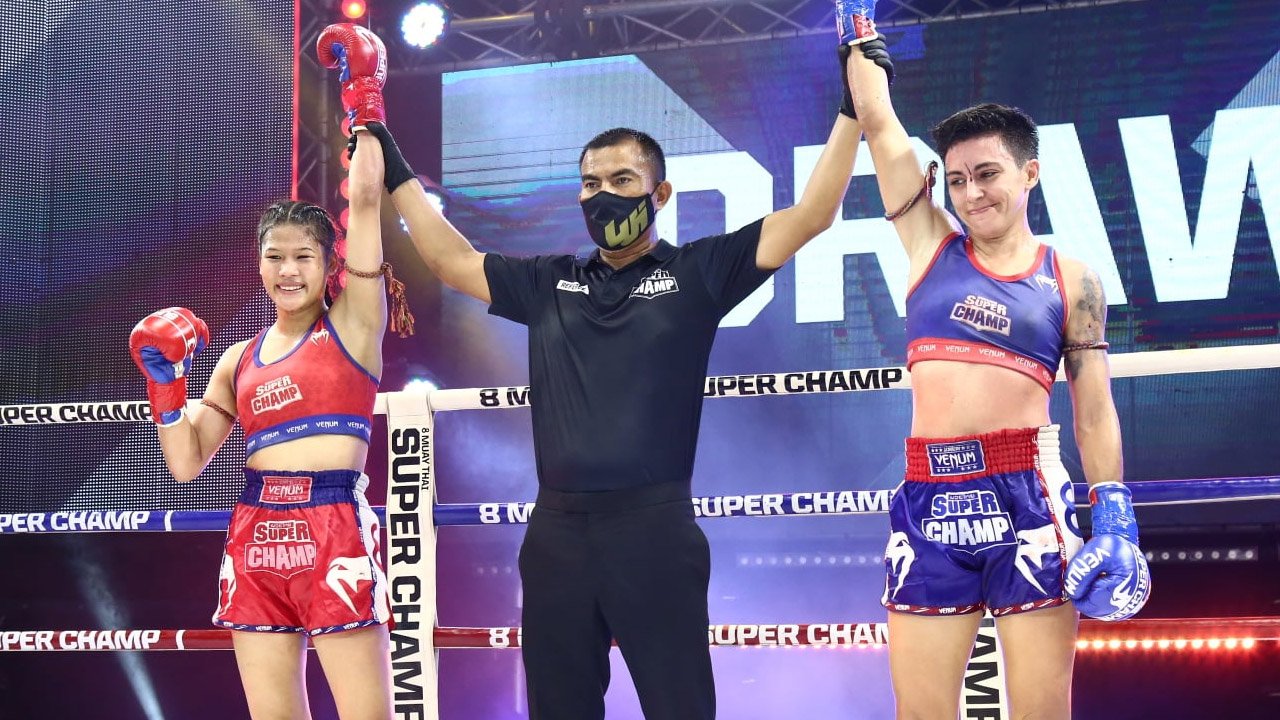 Spanish fighter Desiree Rovira, who trains out of 7 Muay Thai in Rayong, Thailand, earned a draw in her fight against Gusjung Fairtex at Muay Thai Super Champ earlier today.

The pair met in a 49kg bout, with Desiree Rovira looking to earn a fifth straight win on the weekly Thai Channel 8 events.

Gusjung Fairtex proved to be a tough opponent however, starting with a slow pace, pushing Desiree back with teeps. She then picked up the pace, landing boxing combinations and elbows.

In the second round, an elbow slipped through the Spanish fighters guard, causing a small cut between the brows. After a brief check from the doctor, the bout continued.

In the third round, Desiree Rovira began to find success in her own boxing. Later in the round, the pair continued to exchange shots, and as Gusjung exited an exchange, Desiree caught her with a flash headkick whilst her guard was down, sending her crashing to the canvas.

Gusjung got to her feet but looked visibly dazed as the referee gave her an eight-count, just moments before the final bell sounded.

The strong end and knockdown in the third round earned Desiree Rovira a draw. She now extends her unbeaten streak to five fights.