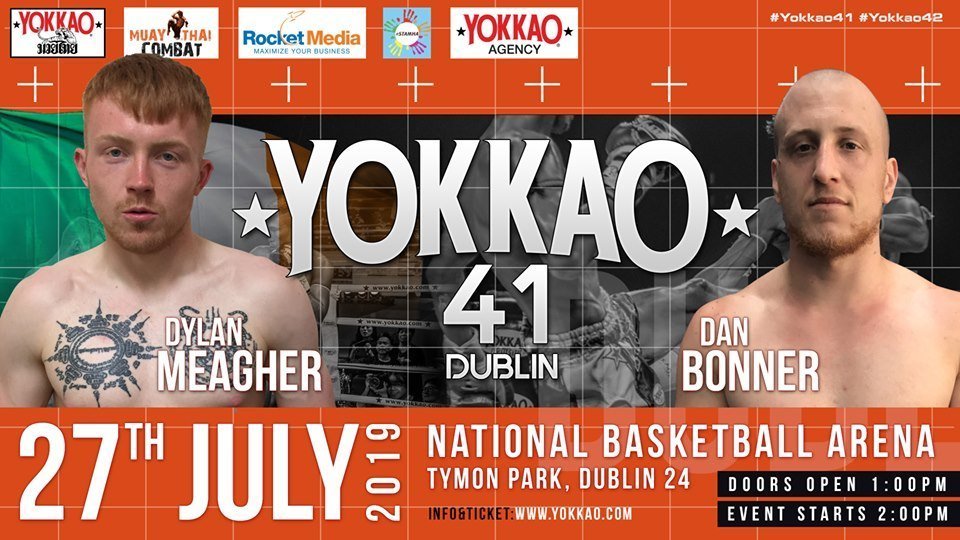 Earlier today, YOKKAO announced yet another huge fight to be added to the YOKKAO 41 & 42 event in Dublin in July.

Dylan Meagher who trains out of Courage Muay Thai in Tipperary, Ireland, will face-off against heavy-hitter Dan Bonner of Majestic Gym in Wigan.

Irishman Dylan’s last outing was at Roar Combat Combat 13 in Birmingham in March where he suffered a defeat in a rematch against UK #2 Rob Allen.

After only his second defeat in his fighting career, Dylan will be looking to bounce back to winning ways when he faces the tough Dan Bonner at the National Basketball Arena in July.

Bonner is currently ranked #4 at Light-Heavyweight and is coming off a win over Diego Rocha at Extreme Warrior III in February.

He has amassed a 92% win-ratio in his career, including a win over Team GB’s Michael Bradbury in a Pro-Am bout at Roar Combat League 11 in 2018.