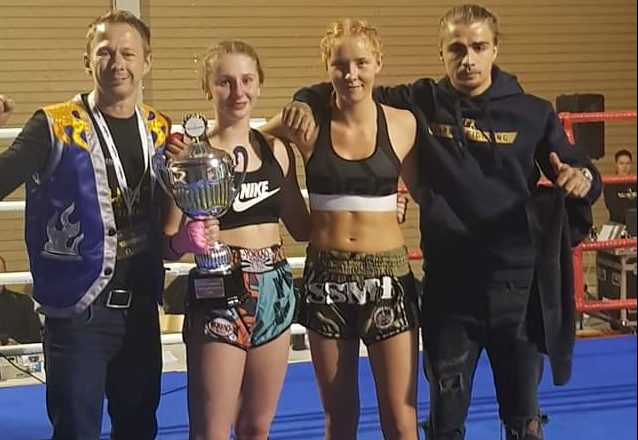 Ellie Barker (view profile), of Hanuman Thai Boxing in Darlington earned her 50th and 51st career win tonight as she battled her way through two tough decisions to win the Girls Empire tournament in Sweden.

The Yokkao Next Generation fighter was drawn against fellow Brit, Acacia Taylor of Thaitanium in Leicester, in the semi-final with the other two girls in the tournament from Sweden facing each other in the other semi-final. After the teams had spent most of the time in Sweden together, it was a shame they had to face each other in the first round, but Ellie did enough to take the decision in a tough contest and advance to the final.

Up against home-favourite Lisa Matsson, the Hanuman sensation took the decision victory in another hard fight against a strong opponent to win the Girls Empire tournament.

At just 15-years-old and already with 58 fights and multiple accolades to her name, Ellie is certainly a future star of the sport and one to watch.