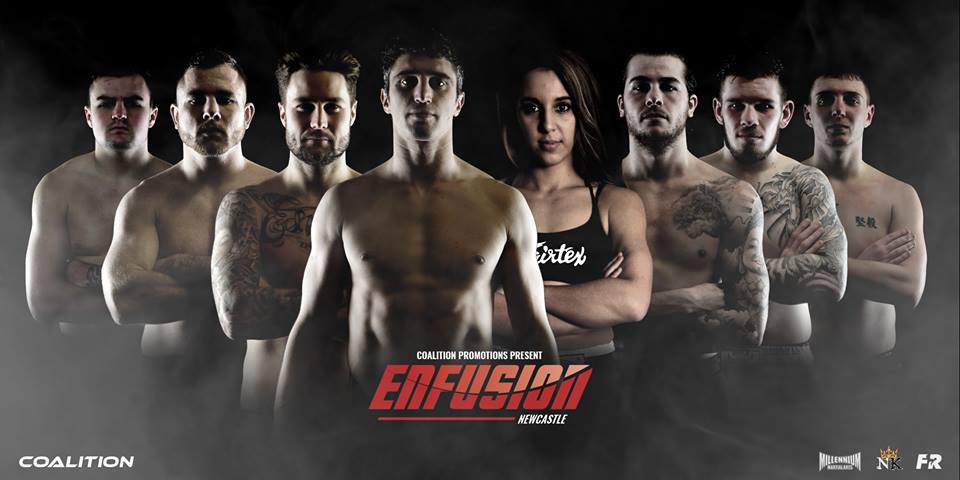 Enfusion is drawing close now. With only 4 weeks to go until one of the largest kickboxing events comes to the UK, talk has well and truly started. With a stacked main card, Enfusion Talent and a full undercard, fight fans will be in for a treat. With Jordan Watson unable to compete due to an injury on his hand, Chris Shaw has been pulled in to fight Cristian Spetcu. Both very seasoned fighters and a bout that will deliver for the spectators at Sports Central.

There has been a lot of hype around two of the local lads fighting on this show, Kyle Todd vs Thierry Mosimann. These two gentlemen bring an exciting style to the main card, never on the back foot always looking to finish the fight before the final bell. Mosimann and Todd both put on a stellar performance on the Home Show back in March and are, without a doubt, ones to watch out for come June 9th.

Fight Record recently caught up with Ammari Diedrick about his fight against Michal Dzuida. Reflecting on 2017 then assessing and evaluating progress made in 2018 so far. With a loss against Dzuida’s stablemate, Joe Craven and his knockout performance against Jake Purdy on Yokkao Next Generation. We looked forward to what else 2018 has in store for the Derby-based fighter. Watch the full interview below:

The big lads will be coming out to play in this event too. Everyone loves to see the big lads go to war. With the likelihood of a knockout imminent, Juan Cervantes will be pitted against, French Moroccan superstar, Mehdi Fassal. Both of whom competed together on the Enfusion Reality Series last year. Cervantes, currently number one in the UK at 82.5kg will be competing at 85kg against the French number 2 in an international bout that will shake the foundations of Newcastle.

On to the main event of the evening. Iman Barlow, the current Enfusion world champion will be defending her title, on home soil for the first time since she ascertained the title back in 2014. Going up against Lara Fernandez, will Iman be able to retain her title in her seventh defence, or will the Spaniard be the better fighter on the night?

Tickets are available now on Eventbrite. www.enfusionuk.eventbrite.co.uk and you can use the promo code to support the fighter of your choice.