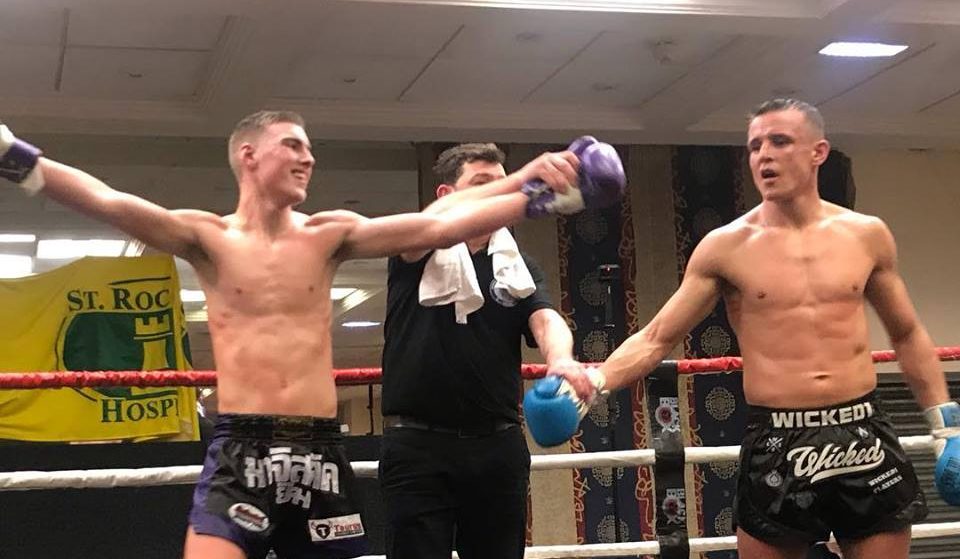 In the main event, UK #9 Josh Hill took on Kiatphontip’s Grzegorz Kubiak in a 68kg A-Class bout. The young Majestic Gym fighter from Wigan put on a clinical display of talent to take the win by unanimous decision.

Josh will now move on to prepare for his next fight in less than five-weeks time, when he takes on #8 ranked Connor Mcnab at YOKKAO 37 on 23rd March.

In the co-main event, it was the current Thai Fighter UK 55.4kg #5, Ellis Barboza, taking on a former-ranked opponent, Dom Hill of Skelmersdale Muay Thai.

Ellis was confident of taking away a big win at the weekend and his confidence showed as he stopped Hill inside the first round to take a TKO win via knees and punches.

Else where on the card, two top ranked female’s put on a great fight for the fans as current 59kg #2 Ashley Beattie took on #3 Jodie Clunan of PTB Academy.

It was a close fought match, but the decision went in favour of Beattie who wins the Celtic title and retains her #2 spot in the Thai Fighter UK rankings.

With the hard work of the promoter after numerous opponents pulled out of the contest, Daniel Bonner fought Portugal’s Diego Rocha who came in on just 48-hours notice.

Fighting above his usual weight at 84kg, the current Thai Fighter UK 79.3kg #5, Bonner was able to take the unanimous decision victory in the bout contested under K1 rules.

The full results from the remainder of the Extreme Warrior III card will be updated on the event page in the coming days.