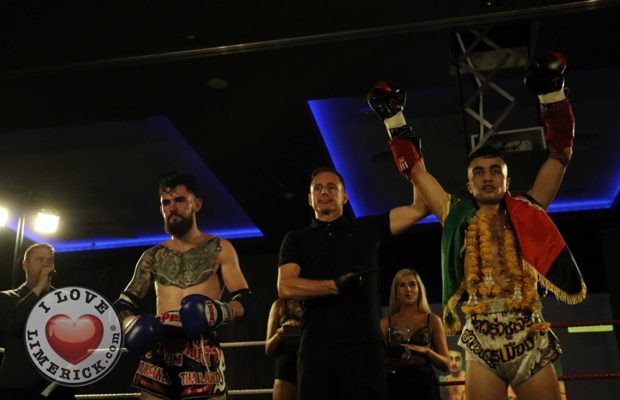 Limerick’s Faisal Azimi has won a trip of a lifetime after winning the four-man tournament on his home show Unforgiven 3 in Limerick, Ireland last weekend.

Azimi faced Ryan O’Driscoll in the semi-final of the tournament for the second time this year, having loss to the O’Ceallaigh Muay Thai fighter O’Driscoll back in February.

This time, though, Faisal was able to take a unanimous decision win, and after both participants from the second semi-final were unable to compete in the final due to injuries, Faisal was declared the winner of the tournament.

With the win, the 18-year-old Faisal gets the opportunity of a lifetime with a month-long, all-expenses-paid trip to Thailand to train at Sor Ruen Rom Muay Thai Gym in Rayong Province.

We spoke with the Limerick fighter to get his thoughts on the win;

“I just want to say that I am very grateful of my coach Robert Ng and all my teammates here at Eiremuaysiam in Limerick who help me and motivate everyday. It wouldn’t be possible to be where I am now without them.”