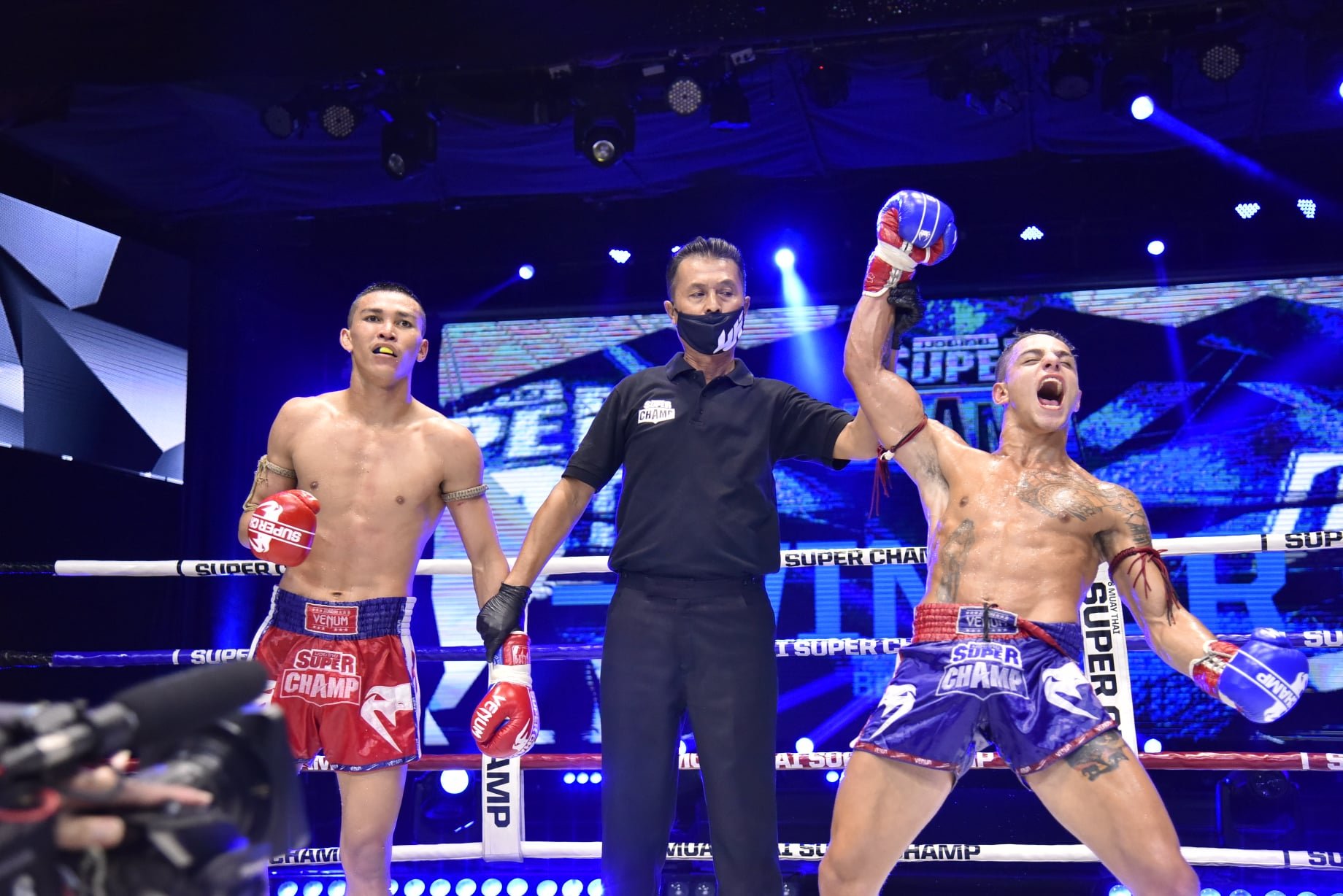 This past Sunday, Felype Morais Souza faced ET Tded99 at Muay Thai Super Champ. The bout was the main event on the seven bout fight card at the Bazaar Theatre in Bangkok.

Felype, a Brazilian Muay Thai fighter training at Phuket Fight Club is no stranger to tough opponents. A regular on the Thai Channel 8 shows, Felype has fought many of Thailand’s top opponents in his weight division.

Felype’s last fight was back in November 2020 when he faced Yothin FA Group in the main event at Muay Hardcore.

Felype ground out a draw in that bout, showing that the Phuket Fight Club fighter was capable of mixing it with the top fighters in Thailand.

Earlier today he faced one of his toughest opponents to date in ET Tded99 in the main event at Muay Thai Super Champ.

The Brazilian took a points victory over ET Tded99 which earned him some major shifts in the Muay Thai World rankings.

WMO Muay Thai have already moved Felype Morias to #4 in the Super-Featherweight World rankings after his win over ET Tded99. The Thai is also ranked #2 in the 13lbs division by the WBC Muaythai, so expect to see a change in these rankings very soon.