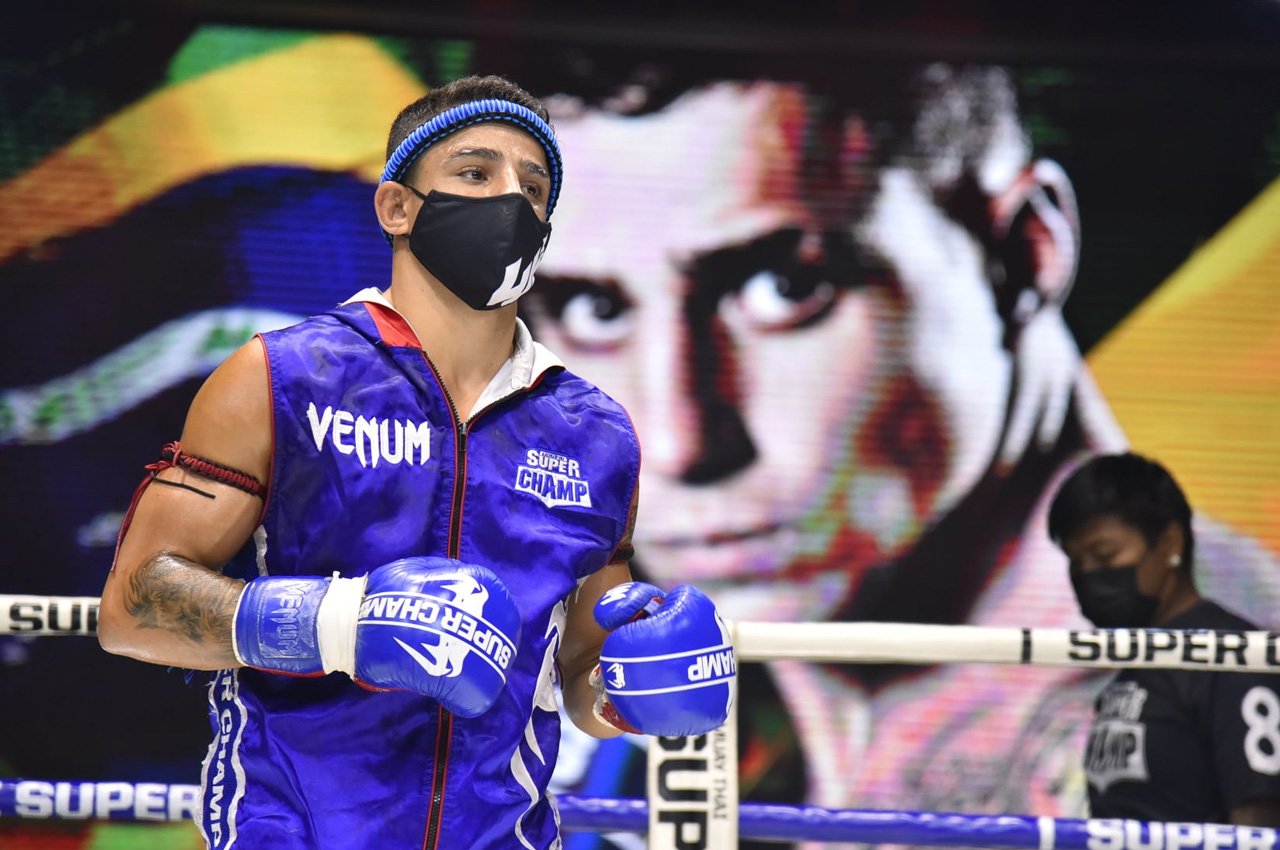 Just two weeks since his win over ET Tded99, the Phuket Fight Club star is back in the ring.

Over the past 6-7 months, Felype Souza has been earning some huge results against tough, highly rated opposition.

His unbeaten run at the weekly Channel 8 shows has seen him beat Tanchai, Chaopraya and Suapetch.

His most recent two results, however, are his most impressive.

He earned a draw against Yothin FA Group at Muay Hardcore in November, and most recently defeated ET Tded99 at Super Champ.

Those two results alone, against highly ranked Thai opponents, have catapulted Felype into the limelight.

The Brazilian Muay Thai fighter is one of the most in-form foreign fighters in Thailand right now.

This Sunday, just three weeks since his last appearance, he will return to Muay Thai Super Champ.

Another tough challenge for the Brazilian, Yuthtakan has some big wins on his resume. One of which includes Felype’s highly ranked teammate Noelisson Silva.

Muay Thai Super Champ is streamed live and free every Sunday from the Bazaar Theatre in Bangkok, Thailand.