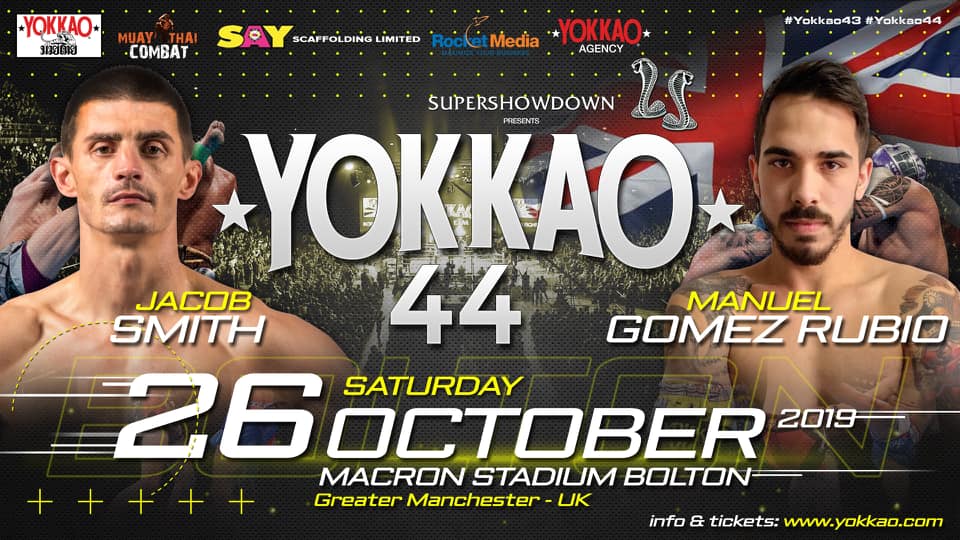 Our matchmaking team, who work closely with multiple international organisations, have secured another international bout, to take place at YOKKAO 44 on 26th October.

Spanish Featherweight Manu Gomez will face UK #1 Jacob Smith in an international super fight at the Macron Stadium in Bolton in just over eight-weeks time.

Jacob Smith will be making his first appearance since beating former UK #1 Reece Thomson to claim the crown of the Featherweight division at YOKKAO 38 in March, and will now return to YOKKAO to face the tricky Spanish knockout-artist Gomez in October.

Again, our matchmaking team played a vital role in securing this bout, having sourced Manu Gomez, who trains at Honor Fight in Alicante, Spain, as an suitable opponent for the UK #1.

Team team work around the clock to find opportunities for UK and overseas fighters which we have on our database.

If you are a fighter and still have not yet got your fighter profile on our database, and would like to be considered for domestic and international opportunities like this, simply take one minute to submit your information via the form below.