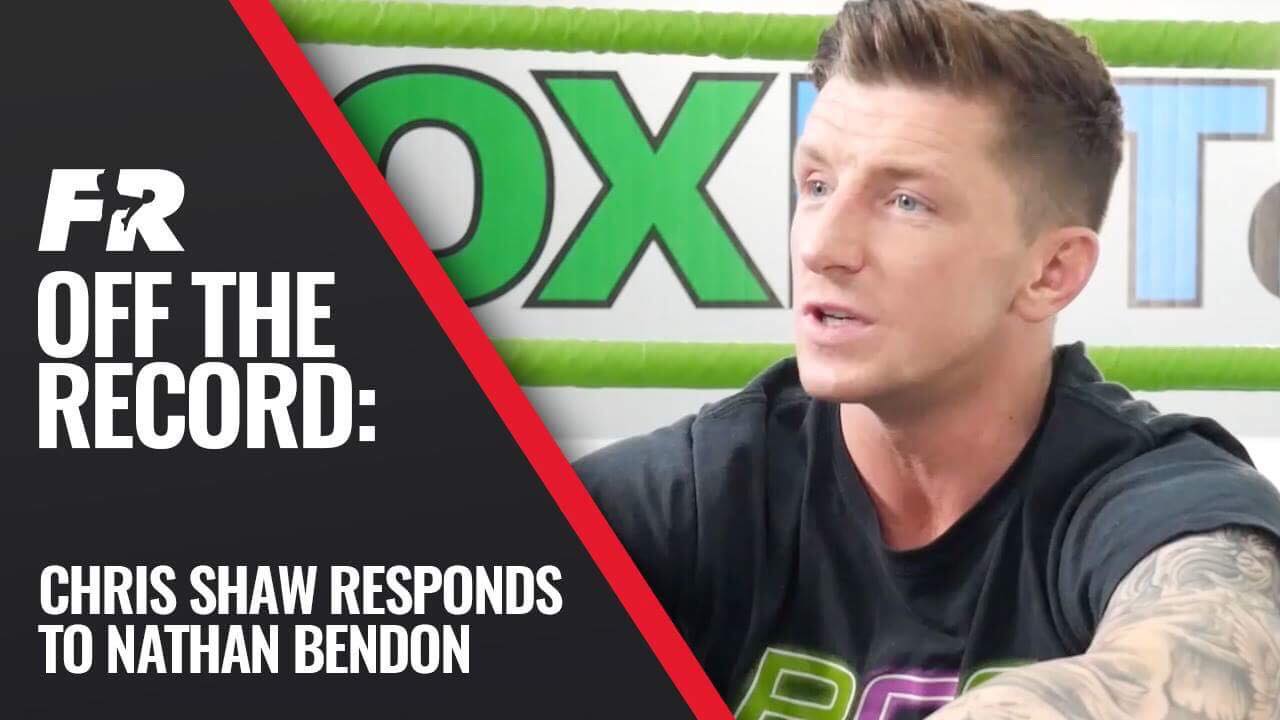 Box Fit gym in Glasgow is home to one of the most well-known and renown fighters from Scotland. Current UK number 1 at 61.5kg, Chris Shaw (36-6-0) had been involved in a back and forth against his upcoming opponent, Nathan Bendon (14-7-0). Having caught up with Bendon a little while ago to give him an opportunity to share his side of things, it only seemed fit that Fight Record ventured to the Glaswegian to give him a chance to also have his say.

Not that Shaw needs an interview of any kind to share his thoughts because he is very well known for his no shit approach when it comes to telling it how it is. Last year, he fought Superlek at the historic Yokkao event. On the run up to this event he put out a message to Superlek saying that he will take him to deep waters and he backed himself up by actually taking him to deep waters.

This was a fight of monumental proportion, having already claimed the number one spot from Steve Meleady (42-21-0) earlier that year, Shaw had an incredibly successful year.  He put on a fantastic performance against Superlek, he sustained multiple cuts but, like the warrior he is, finished the fight and didn’t stop trying to hurt his opponent.

This time, Bendon is his victim and he is coming for Bendon’s number one spot at 63.5kg. When Fight Record went and spoke with Shaw, he had mentioned about Bendon’s mind-set and how it plays such a big part in the fight game. Exposing this and playing on Bendon’s apprehensions about the upcoming bout will be his plan.

Message our facebook page for more information to get more info.