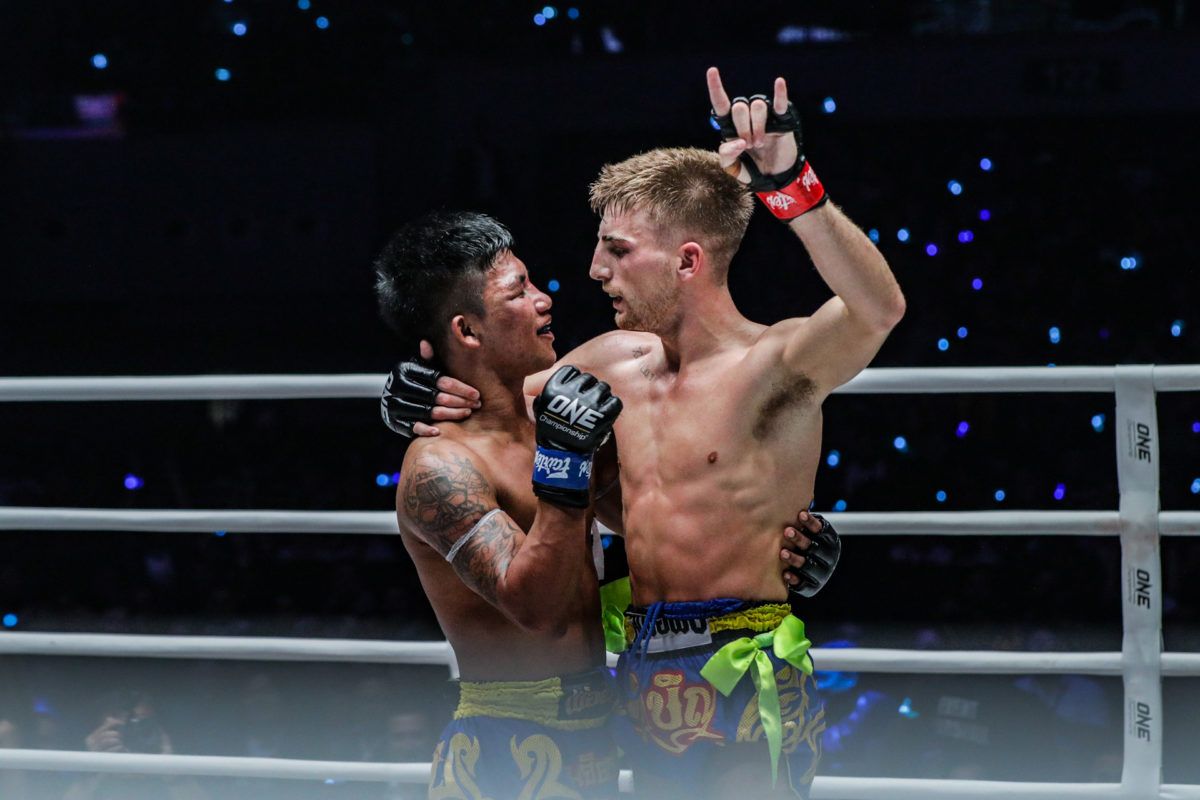 Last weekend we covered five shows running from Thursday 1st to Sunday 4th, with Cadiz Fight Night 2 in Spain on Thursday, ONE: DAWN OF HEROES on Friday in Manila, through to Unforgiven 3 in Limerick, Ireland on Sunday.

On Thursday, French Featherweight Daren Rolland won the WBC Muay Thai World title with a spectacular spinning elbow KO over Spain’s Carlos Coello. Here’s how the fighters reacted to the result after the bout;

On Friday, Jonathan Haggerty defended his ONE Flyweight Muay Thai world title for the first time against the “Ironman” Rodtang Jitmuangnon, but it was Rodtang who came away with the decision after an incredible five-rounds of action.

Going blow for blow with 4oz gloves with the best in Thailand, there’s no other sport like it. Thank you everyone for your kind messages I will be back stronger than ever ❤️

Me and my opponent @juan_inseto after a 5 round war for the ISKA world title👊🏼🇧🇷15 hours on a plane all the way from South America, a quality experience for us both👌🏼 now for the @ifmamuaythaiofficial world championships in Antalya next month🇹🇷 @ukmtf #globaldomination#onemuaythai#respect#ukmf