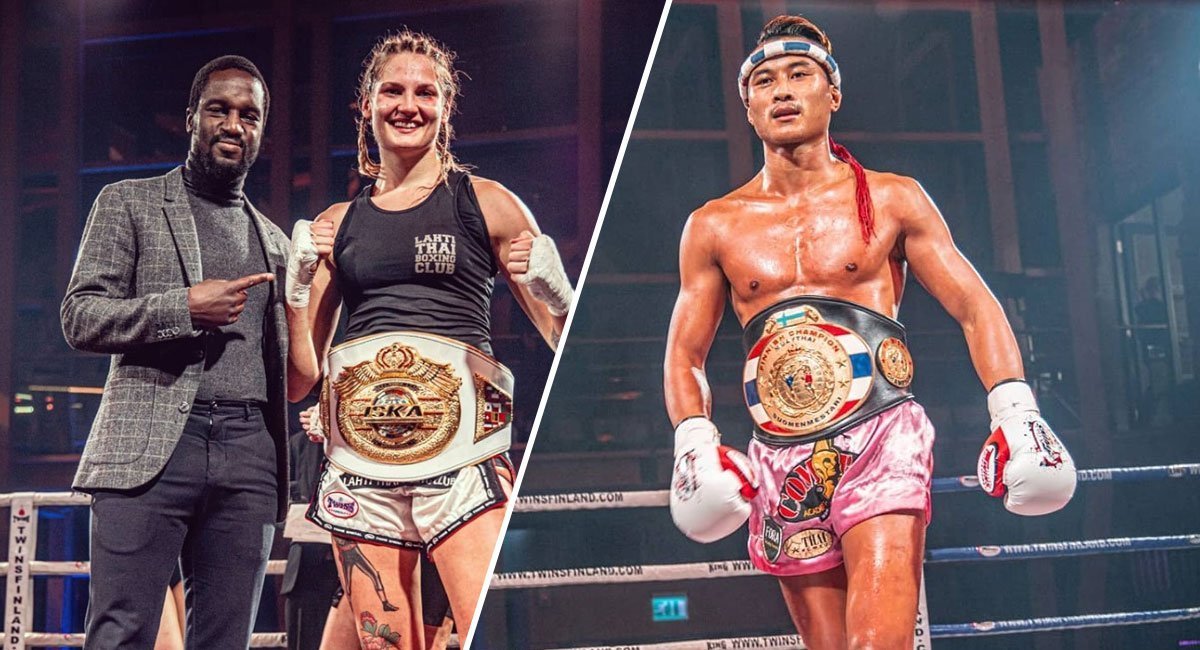 The following article is courtesy of ISKA National Director, Malick Bah, who is in charge of strengthening the ISKA brand across Scandinavia.

Hometown fighter and also a 2019 IFMA World Champion, Anna Rantanen, would take on the merited Anna Tarasova of Russia. Tarasova has won gold medals at both the IFMA World and European Championships. The two ladies would square off for the vacant ISKA World Super-Welterweight title.

Rantanen, who had a big reach advantage, started off the fight with great ring control and used her advantage intelligently to unable the Russian from being successful with her attacks.

As the fight progressed it would be clear that Tarasova would have to win by a finish since Rantanen was ahead on points. In the last two rounds the Russian girl tried to push the tempo and started to get frustrated as she was unsuccessful with several attempts to land spinning elbows and backlists.

After 5 rounds all judges scored Rantanen as the winner giving her the win by unanimous decision.

Finnish-Thai fighter Pok Biil was also in action on the night, facing an opponent he had squared off earlier this year when they fought in the finals of the Finnish Nationals. That fight ended with Pok becoming the Finnish Muay Thai Champion for the 6th time.

The three round fight offered the crowd a beautiful clinch war with both fighters trying to out clinch their opponent. Even though Krastii showed great technical skills for his young age, it wasn’t enough to break the well experienced Pok Biil.

After 3 rounds of action all judges scored Pok Biil as the winner giving her the win by unanimous decision and remains the Finnish -67kg champion.