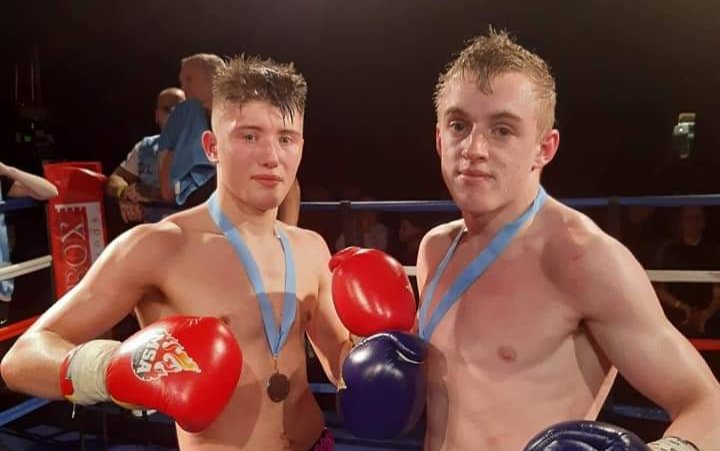 The pair fought out a technical five-round war in a real crowd-pleasing bout, which was one of the highlights of the night at the UK’s first domestic event of the year.

After a back-and-forth first three rounds, the Team Chaos fighter Jack Nunn used his high-paced aggressive style, clinching and wearing down the body of his opponent Joe Turner.

The later rounds saw the pair fire at each other with vicious elbows, neither fighter wanting to slow the pace which created an incredible atmosphere inside the Rubix venue.

After the bell sounded to end the high-paced five round war, it was Jack Nunn who was declared the winner, retaining his #5 spot in the UK Featherweight rankings.

Wow what a show yesterday some cracking fights all throughout the night. As you know I fought Joe Turner in a full thai rules bout and what a fight it was. 😂 It was non stop action and pace from start to finish. Hats of to Joe he showed massive heart the whole way through and I can't wait to see where his career goes from here. I'd just like to say a massive thank you to Steve Pender, Christi Brereton and everyone at team chaos for preparing me for this fight. 🙏🙏 My little brother jamie also fought on the show in an awesome scrap winning by unanimous decision. Oscar who has recently joined the team showing massive improvement in such a short space of time. Also winning by unanimous decision. 👊👌

After the bout, both fighters took to social media and showed the utmost respect for each other, a true symbol of what the sport of Muay Thai is all about.

With both fighters still very young and showing great in-ring technical ability, the future looks very bright for both these athletes.

Did you know?
When viewing a fighters profile, subscribers can click the name of a previous opponent to go direct to their opponents fighter profile.  Sign-up here to get your access.