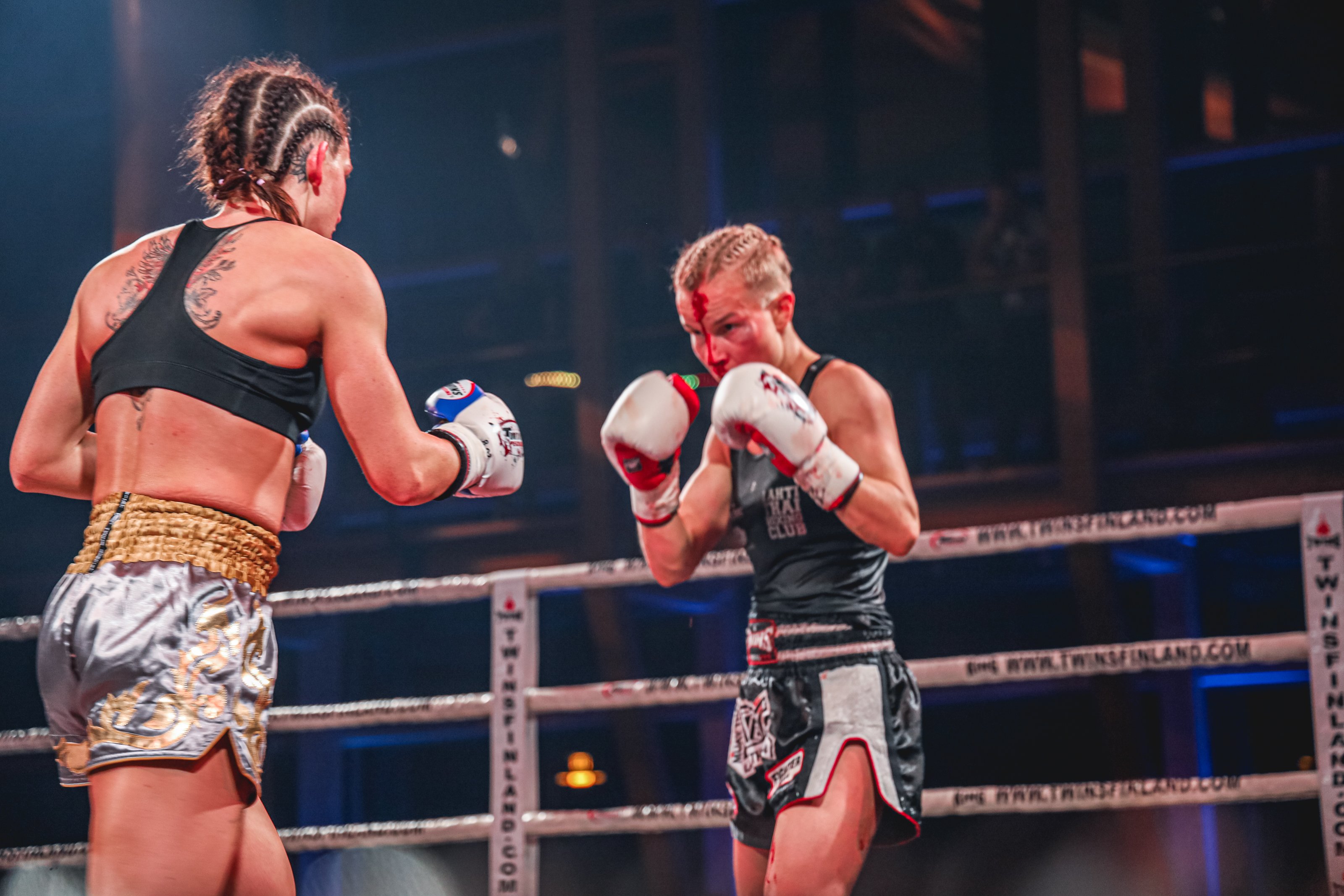 The following article is courtesy of ISKA National Director, Malick Bah, who is in charge of strengthening the ISKA brand across Scandinavia.

This past weekend the promoting duo of Hannu Vappula and Ville T Saari hosted their fourth edition of Total Fight Night at the Sibeliustalo in Lahti, Finland.

For the first time ever, the show featured international Muay Thai title fights. The promoters had chosen to have not only one but two ISKA World title fights. A bold move that definitely positioned their promotion among the best ones of Scandinavia.

As if that wasn’t enough, there was also a rematch between the six-time Finnish Champion Pok Biil against the 2019 Finnish Nationals runner-up, Kristoffer ”Krastii” Björkskog.

The 900+ strong audience had very high expectations and it formed an amazing atmosphere at the venue. You could really feel the excitement in the air as the show was about to start.

Hometown fighter and 2019 IFMA World Champion Tessa Kakkonen would be put up for a real challenge as she faced the reigning ISKA World Champion, Amy Pirnie.

The Scottish fighter took the lead early on and landed some heavy low kicks that seemed to do damage on Tessa’s legs. This didn’t stop the Finnish fighter from moving forward and trying to put pressure on Amy.

However after the second round Amy slowed down on the low kicks and it became obvious that her foot injury, that was sustained at Lion Fight 59, started to trouble her. This gave Tessa an opportunity to sweep her off balance a couple times during the third round.

With the cheering of the crowd Kakkonen started to grow more and more into the fight. However in the 4th and 5th round Amy showed that she was too strong for the challenger. She even managed to land an elbow that gave her Finnish opponent a cut in the forehead. All judges scored Amy as the winner giving her the win by unanimous decision.

After four World title bouts, two of which were successful defences, the Scottish athlete has now decided to rest for the remainder of 2019 and spend some well deserved family time on the lead up to the Christmas period.

We look forward to seeing her back in action and supporting her journey against next year.