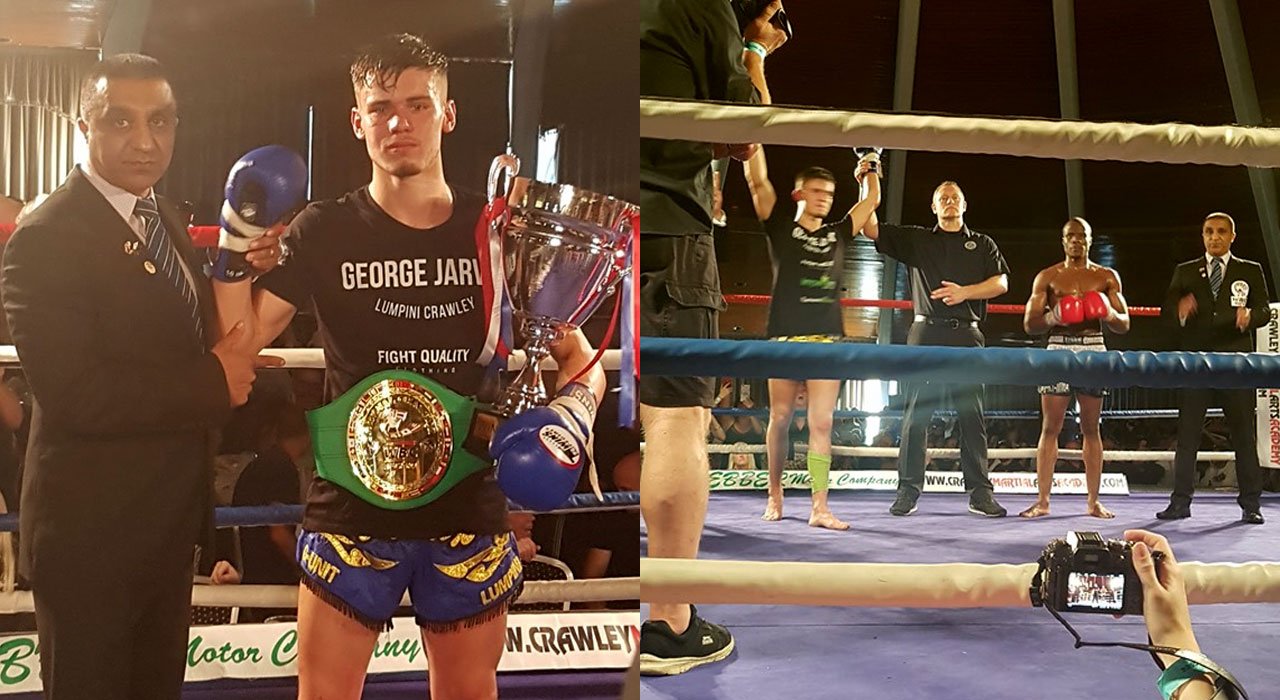 The 18-year-old has began his 2019 campaign strong, with a third-round stoppage win over Daniel Kim at Lion Fight 51 back in February and a dominant performance against Jesus Ariza in Spain, Jarvis returned to domestic action to beat Adeyemi over five rounds to claim the prestigious National title.

By winning the ‘green strap’, he solidifies himself as one of the very best in the country at such a young age and is paving the way for a very bright future.

Round 1
Both fighters feeling each other out as expected. Jarvis just doing a little bit more to take the first round.

Round 2
Adeyemi came out the stronger but Jarvis was in control and picked up the pace landing a great reverse elbow followed up with a flurry of combinations to finish the round stronger.

Round 3
Jarvis came out hungry and got through with a left cross followed up with a elbow . By now Adeyemi started losing control and was cautioned by the ref for following through while his fighter was down.

Round 4
Tactical round by both but Adeyemi was running out of ideas and got caught with an elbow which rocked him but Jarvis kept his composure and just continued with his game plan and let his opponent get back into the fight.

Round 5
Jarvis came out strong and continued to keep control of most of the round just keeping away not committing himself and finished the round on top.

The packed out crowd witnessed Muay Thai at its best today with both fighters showing great technique in the clinch. The unanimous decision doesn’t mean Adeyemi was outclassed, he gave everything he could and did himself and his team proud.

Earlier today, Jarvis took to social media to reflect on his victory;