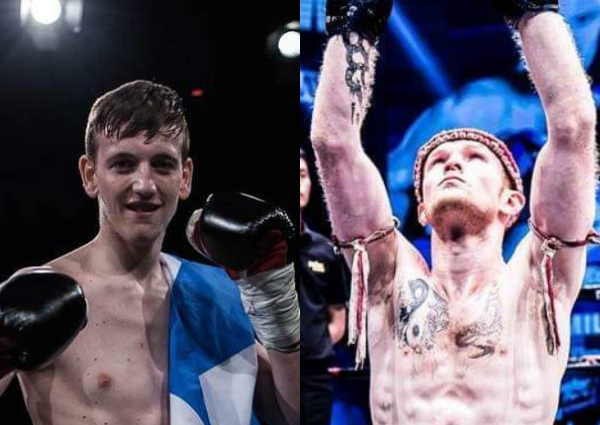 Since it’s birth in September 2011, ONE Championship (formerly known as ONE FC) has grown to become Asia’s largest sports media property and recognised as one of the biggest mixed martial arts promotions in the world. Since the introduction of Muay Thai and Kickboxing divisions, ONE has expanded globally, attracting some of the biggest names in combat sports around the world; most notably Muay Thai stars such as Nong-O Gaiyandghadao, Fabio Pinca and the UK’s Charlie Peters and Liam Harrison.

This morning, ONE Championship announced their “Heart of the Lion” event scheduled to take place on 9th November at the Singapore Indoor Stadium, with an epic fight card which includes MMA, Muay Thai and Kickboxing bouts all contested in 4oz MMA gloves inside the cage, featuring some of the world’s top combat sports athletes.

Scotland’s very own Andrew Miller and George Mann are also competing against Thai opponents on the card, with Miller facing Yodlekpet and George Mann against Smokin’ Jo Nattawut, both under Muay Thai rules in 4oz gloves.

Miller, who has been living, training and competing in Thailand for a number of years now, has gained a wealth of knowledge and experience along the way. Most notably competed on Muay Xtreme, where he reached the final of the 65kg championship tournament before a defeat to fellow Scotsman Craig Dickson.

George Mann, who now resides in Australia, recently posted on his LinkedIn profile:

“Keeping this quiet has been a challenge. Excited to announce I will be fighting in the cage against 2x World champion, Jo Nattawut.”

ONE Championship airs to over one billions homes across 138 countries, including a deal with Box Nation in the UK. Not only is this is a huge opportunity for the Scot’s to impress on a global stage, but with the inclusion of Muay Thai bouts, ONE are paving the way for the expansion of combat sports, including Muay Thai and Kickboxing across the world.

Further details about the fights on the Heart of the Lion card to follow.