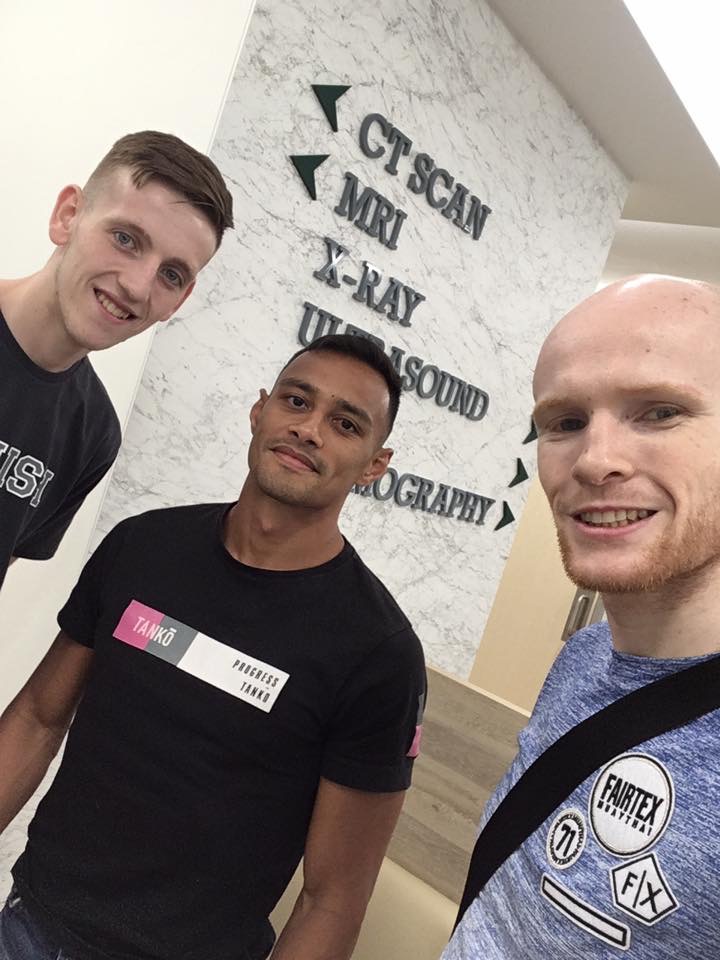 With ONE Championship:Heart of the Lion just around the corner now, three of many British Muay Thai ambassadors are flying the flag in Singapore. Andrew Miller took to social media this morning and shared a picture of him, Panicos Yusuf & George Mann with the caption, “Team UK in Singapore.’

Miller will be facing Yodlekpet in the Super Series Muay Thai division alongside fellow countryman George Mann who will he meeting Smokin’ Jo Nattawut. Both fights are big tests for the Scotsmen but there is a huge amount of support for the lads from back home in the UK.

Panicos Yusuf will he facing Muay Thai legend, Muangthai. Yusuf has been busy training in the Muay Thai motherland in preparation for this upcoming bout and will he looking to make a statement come fight night this weekend. If that wasn’t enough reason to download the ONE app and tune in, the card is also featuring one of the most revered names in Kickboxing, Giorgio Petrosyan.

Petrosyan will be taking on Sorgraw Petchyindee in the Super Series but this time under the kickboxing ruleset. A fantastic night of action is lined up for this amazing card, as an extra treat there will be a Live press conference on Wednesday.

Best of luck to ‘team UK,’ the whole country is behind you on what is seeming to be the fastest growing stage to perform on!