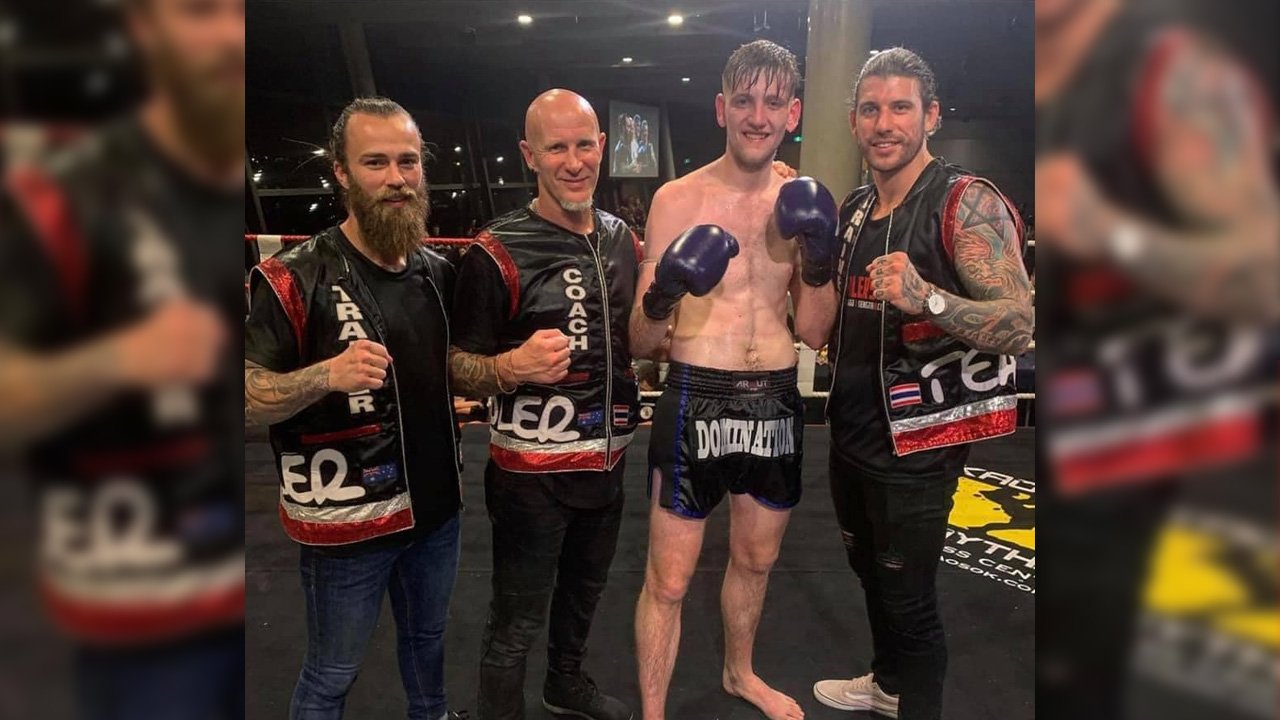 Scottish Muay Thai fighter George Mann has been making some huge progress in his fighting career over the past few years.

Since moving to Perth, Western Australia, the Scotsman from Glasgow has signed to ONE Championship where he has faced the likes of Sorgraw Petchyindee Academy and Smokin’ Jo Nattawut, plus some big victories on MTGP in Australia.

In his most recent outing, Mann took on Australian Stephan Lottering at Domination 22 at the Optus Stadium in Perth this past weekend.

His opponent, Lottering, is one of the top Super-Middleweight Muay Thai stars in Australia, and is also ranked #4 in the WBC Muaythai World rankings.

Earning knockout victories over highly-ranked stars such as fellow-Aussie Eddie Farrell and the UK’s Sam Gough in recent bouts, Lottering is a dangerous opponent for anyone at 76kg.

The tall, rangy Scotsman, George Mann, however, put in a dominant performance this past weekend to take the points victory over Lottering and earned himself a place in the WMO Muaythai World rankings.

In a publication released by the World Muaythai Organization earlier today, they announced George Mann had entered their Super-Middleweight World rankings at #9, ahead of Stephan Lottering at #10.

With other Australian stars such as Toby Smith and David Pennimpede also ranked in the top 10 of both the WMO Muaythai and WBC Muaythai World rankings, could either of these two domestic clashes be next for the Perth-based George Mann?

Fight Record is the World’s fastest growing Muay Thai media website. We cover daily news and results from Thailand as well as other countries around the World.

Our fighter centre has almost 5,000 fighters from 45 countries Worldwide, with data such as fighter biographies, records, news and media, upcoming fights and bout history.

You can search for fighters by region/country, weight category, gym, gender and more. Each fighter profile has links to their gym page where you will find their teammates profiles, as well as links to previous opponents and event fight cards.

All of this is available to members at just £1.99/month. Sign-up here or click the fighters link in the main menu to register and use coupon code FIGHTRECORD to get your first month free.

Our affiliate program allows any of our members to earn recurring monthly revenue by referring friends, family or followers to sign-up to Fight Record.

Simply register as an affiliate via the affiliate link at the bottom of any page, copy and paste your unique affiliate link into your Facebook, Instagram or other social media profiles and earn a share of up to 30% of recurring monthly revenue when someone signs up via your unique link.

Be sure to check back and login to your affiliate dashboard to track your performance and see your earnings which will be paid into your account at the end of each month.