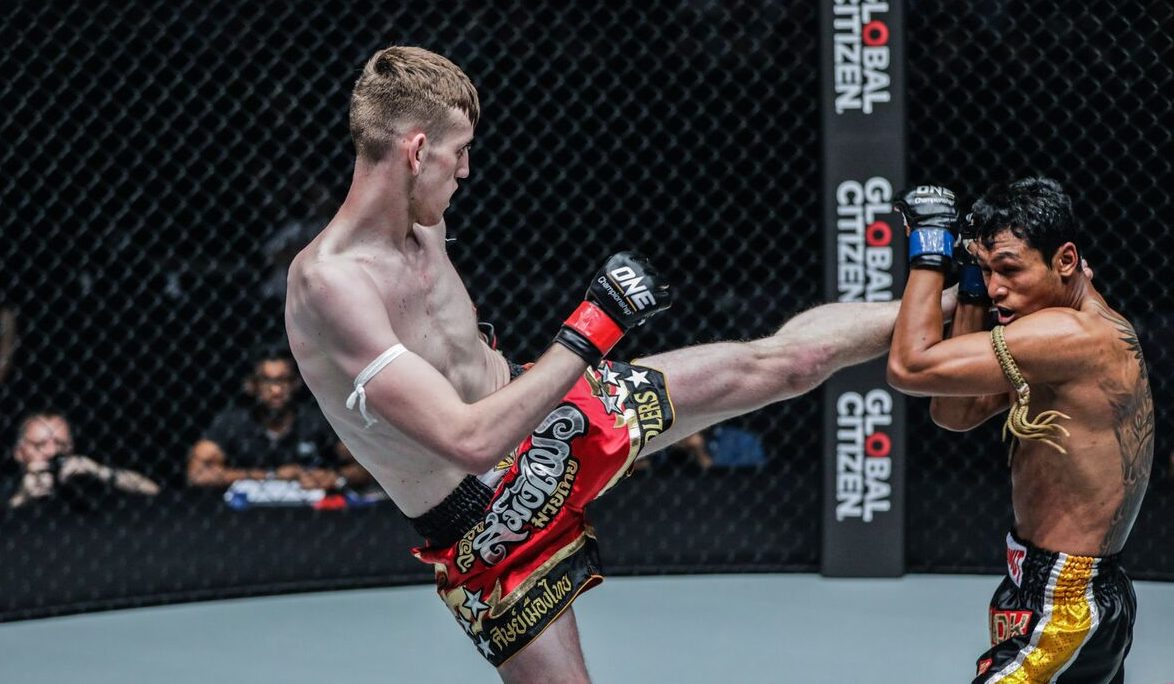 Earlier today ONE Championship confirmed thirteen bouts set for the ‘Masters of Destiny‘ card in Malaysia, including the return of George Mann.

The young Scotsman will join the card set for the Axiata Arena in Kuala Lumpur, headlined by the ONE Super Series Grand Prix rematch between Giorgio Petrosyan and Petchmorakot Petchyindee Academy after their controversial quarter-final bout last month.

After making his ONE Championship debut back in November last year, George Mann suffered a huge haematoma to his head in a defeat to Thai phenom Smokin’ Jo Nattawut.

Now fully recovered, Mann is ready to begin his ONE Championship campaign again when he steps up to face another dangerous Thai opponent in Sorgraw Petchyindee Academy.

The Petchyindee star, Sorgraw, has already faced Giorgio Petrosyan and Samy Sana in ONE Championship bouts, most recently being overwhelmed by ‘The Doctor’ Petrosyan’s power and losing a unanimous decision in November.

Sorgraw, however, claimed a narrow decision victory over the rangy French fighter Samy Sana back in June 2018.

With a win over the Frenchman, who recently eliminated Yodsanklai from the Featherweight Grand-Prix tournament, Sorgraw will be another dangerous test inside the ONE circle for Scottish star George Mann.