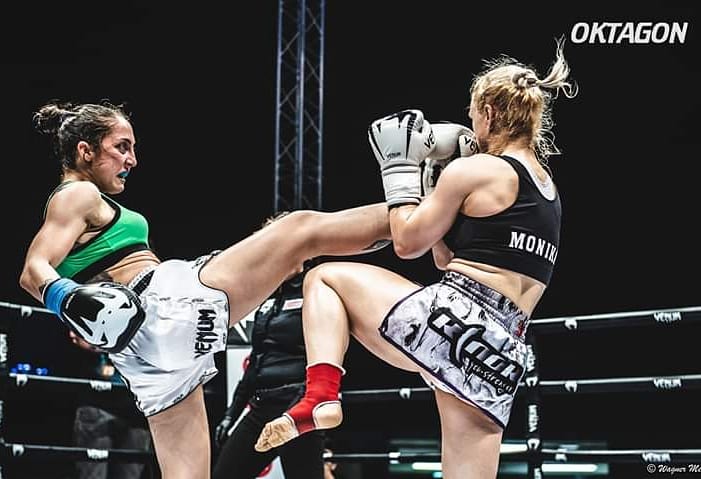 Boasting a 96% win ratio, with just a single defeat in her career, Italy’s Sveva Melillo is one of the best female Super-Bantamweight fighters across Europe.

After beating Slovenia’s Monika Kucinic in a title eliminator at Lion Fight 55 in Italy in May, she will soon be competing for the Lion Fight Super-Bantamweight crown in the coming months.

We spoke with Sveva, who trains at Centurione Klan gym in Ravenna on the north-east coast of Italy, to find out more about her background and achievements in Muay Thai.

“I started training when I was thirteen”, Sveva told us. “My father trained in the sport and asked me if I wanted to give it a try, so I did and I loved it.”

“I started fighting because I wanted to challenge my abilities in the ring”, she added.

The Italian, Sveva, much like many athletes, started fighting many times in her home country before opportunities took her to other countries such as France, UK, Spain, Sweden, Germany and of course Thailand.

When asked about what she has achieved from her fighting career, her answer was straightforward; “I have achieved the awareness that each fight requires hard work and great self control.”

She continued, “I want practice every day. I am also training my techniques every day.”

When asked about her ultimate goal, she responded, “For now I do not have an ultimate goal. I only think about preparing myself for the next fight in order to win the fight and obtain more titles to improve my career.”

Follow us on Facebook and Instagram @fight_record to stay up to date with all the latest news on Sveva Melillo‘s fighting career. View her full fighter profile here.