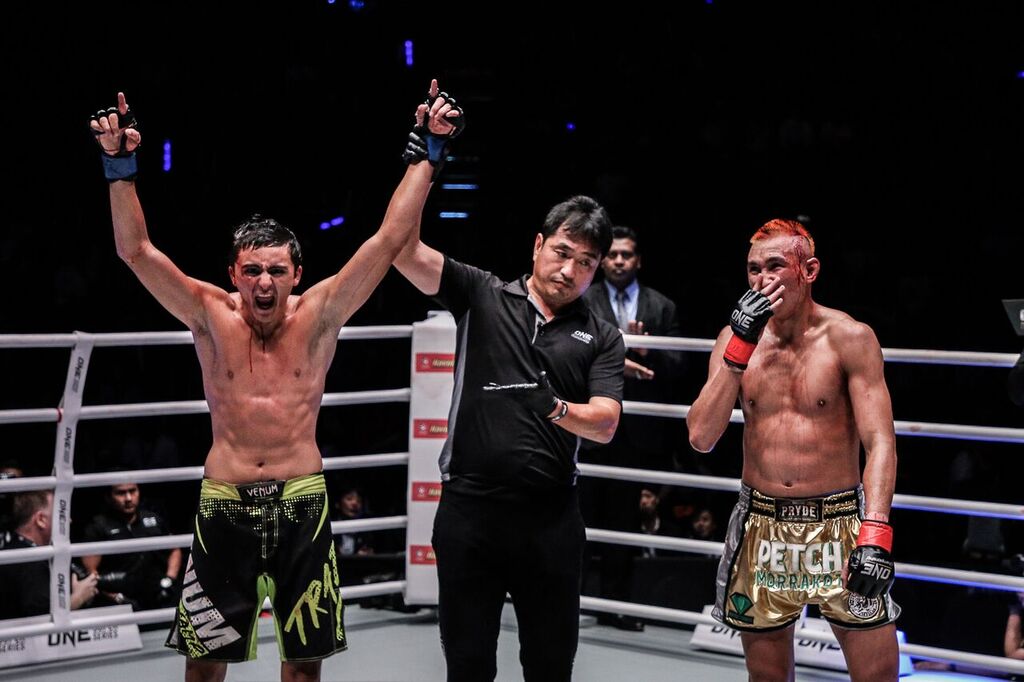 Alaverdi Ramazanov has quickly made a name for himself as one of the top Muay Thai fighters in the world, picking up the biggest win of his career over two-division Lumpinee Stadium Muay Thai World Champion Petchmorrakot Petchyindee Academy in his ONE debut last year.

He also scored the quickest KO in ONE Championship Super Series history with a 50-second stoppage over Scotland’s Andrew Miller in November 2018. But life hasn’t always been sunshine and rainbows for the 23-year-old.

Ramazanov grew up in the Republic of Dagestan, located at the most southern point of western Russia, bordering Georgia and Azerbaijan.

He began training in his home gym in Dagestan when he was 13-years-old, with his coach Ibrahim Hidirov and competed in his first fight just one-year into training.

After totalling almost 80 amateur fights, Alaverdi made the decision to move to Thailand to learn more techniques and art of Muay Thai.

Alaverdi said the first year was extremely difficult. With no money and a lot of training camps, life was hard, but things took a turn for the better as he picked up win after win and joined the team at Venum Training Camp in Pattaya where he is now coached by Mehdi Zatout.

On 6th October 2018, the “Dagger” made his ONE Championship debut against Petchmorrakot Petchyindee Academy at ONE: KINGDOM OF HEROES at the Impact Arena in Bangkok.

Now, heading into his fifth ONE Championship bout, Alaverdi will be facing the popular Serbian-American Ognjen Topic next Friday 16th August at ONE: DREAM OF GOLD back at the Impact Arena in Bangkok where his ONE career started almost 12-months ago.

Alaverdi will join the likes of Petchdam Gaiyanghadao, Savvas Michael, Giorgio Petrosyan and UK #1 Liam Nolan on the stacked card in Bangkok next week. You can see the full card of Muay Thai and Kickboxing bouts by visiting the ONE: DREAMS OF GOLD event page.