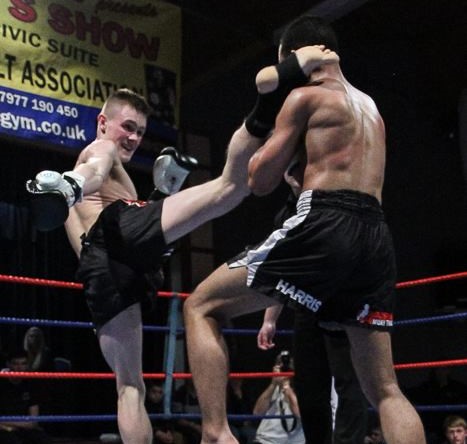 This coming Saturday GFC Muay Thai are hosting a showcase with some of the best talent, both up and coming, as well as established names. The stage has been set in Ashton, Manchester for what looks to be a strong lineup of fights with a number of international opponents flying in for the event.

The bouts include Lewis George who – despite still only a junior – has already begun to make a name for himself as one of the top juniors in the country. He will be facing off against Ruben Garcia an international opponent from Spain.

The first A Class rules bout of the night will be fought between Jaime Roldan Perea (once again hailing from Spain) and Adam Haslam of GFC Muay Thai. Both men have been doing well in their respective domestic circuits so it will a test for both of them.

The main event of the evening is another A Class rules bout, this time between Craig Jones (fighting out of Macclesfield Thai) and Josh Turbill (who trains at All Powers in Manchester). Turbill is well known throughout the UK circuit fighting on a number of shows including Yokkao. This will be his first fight back after a break which he took after his loss to Reece McAllister in October 2015. On that occasion he was stopped in the first round by body shots.

As previously stated, this looks to be a strong lineup and is highly recommended to anyone in the Manchester area to come and watch!