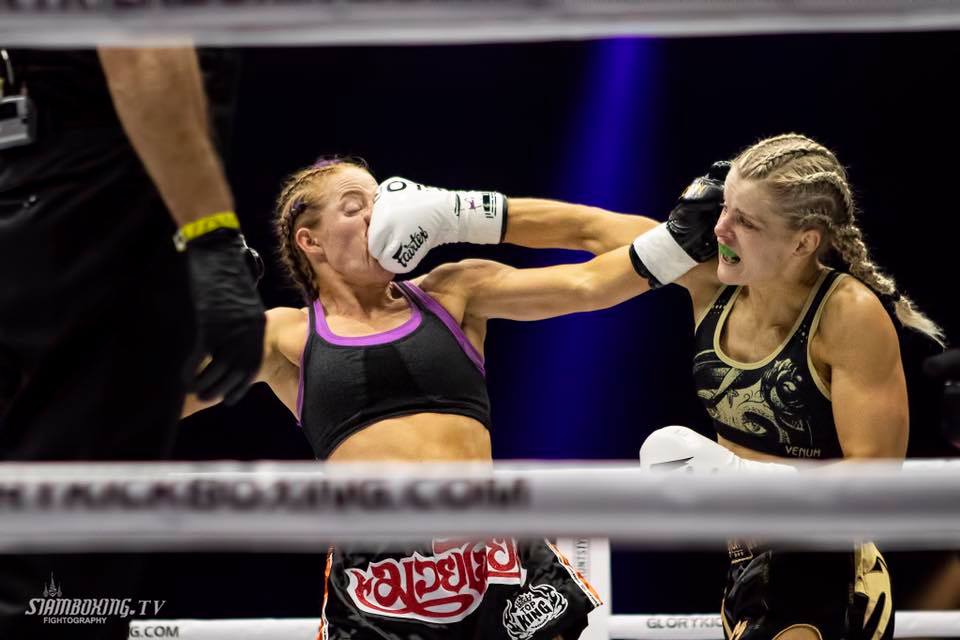 The winner of the Super-Bantamweight bout between the UK #1 Christi Brereton and Sweden’s WMC World Champion Sofia Olofsson will be next in line for a shot at the title against champion Anissa Meksen, GLORY confirm.

This Friday, Christi Brereton and Sofia Olofsson will square off at GLORY 65 in Utrecht in a highly anticipated contest which has been five-years in the making. Now the stakes have been raised as GLORY Kickboxing confirm the winner will be next to face Super-Bantamweight champion Anissa Meksen.

Five-time IFMA gold-medalist Olofsson lost a narrow decision against former champion Tiffany Van Soest on her GLORY debut in July last year and has since beaten the ‘French Cyborg’ Cindy Sylvestre at GLORY 60 in Lyon.

Brereton has been looking forward to a fight against Olofsson since they crossed paths at the IFMA World Championships five years ago.

The UK #1 will now get the opportunity to face the Swedish fighter this Friday with a chance to propel herself into the title frame.

Don’t miss this huge match-up between two of the best Super-Bantamweight females in the World this Friday 17th May on the ‘Superfight Series’ card at GLORY 65 in Utrecht LIVE on UFC FIGHT PASS.