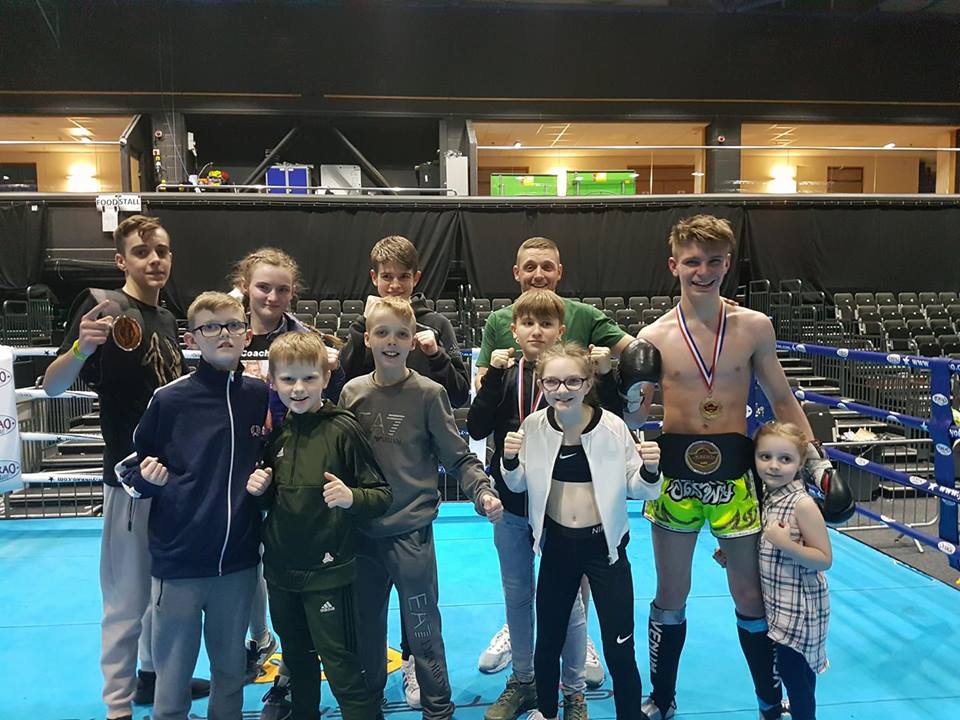 The Griphouse fighters were out in force at the weekend at the Yokkao Open Championships. As with many others, hundreds of people came together to share a love for one thing. Punching and kicking each other in the face, body and legs. From first-timers right through to highly experienced juniors and adults. 5 rings and a huge amount of people involved in the running of it.

The McLachlan brothers were out in force this weekend. Reece won his first fight against a young man from Aberdeen Combat Centre then lost in the Semi-finals against the eventual winner from Isaan Gym.

Corey had an impressive rematch against Erawan’s Josh Shaw. Taking the win by outsmarting him and showing his knowledge of the beautiful sport of Muay Thai. In his second bout of the day, he left it very close but kept his cool and was able to comfortably take the win.

David Sinclair did himself and The Griphouse very proud. Having to fight three times in one day, Sinclair went on to secure himself a very well-deserved title. Another rematch was on the card for the Griphouse fighter, fighting a young man from Goole Muay Thai, the fight went the distance with Sinclair quite easily taking the win. Then 10 minutes later having to get back in the ring for his second fight, which he won. Then again, followed very shortly by his third fight which secured him a full house and a Yokkao open title.

The Griphouse had many more fighters out this weekend, Erin Kowal, Aaron Docherty, Thomas Doherty, Maddie Mitchell and Ross Docherty all did themselves and their gym very proud. Keith McLachlan took to social media and commented, “All in a good showing from The Griphouse squad. Thanks to all the parents and fighters who put their trust in us. Also thanks to everyone who travelled to support the team.”

Keep up with Fight Record on Facebook and see what we are up to! Be sure to Subscribe to them on YouTube and Instagram too, to make sure you do not miss an update from the world of Muay Thai!