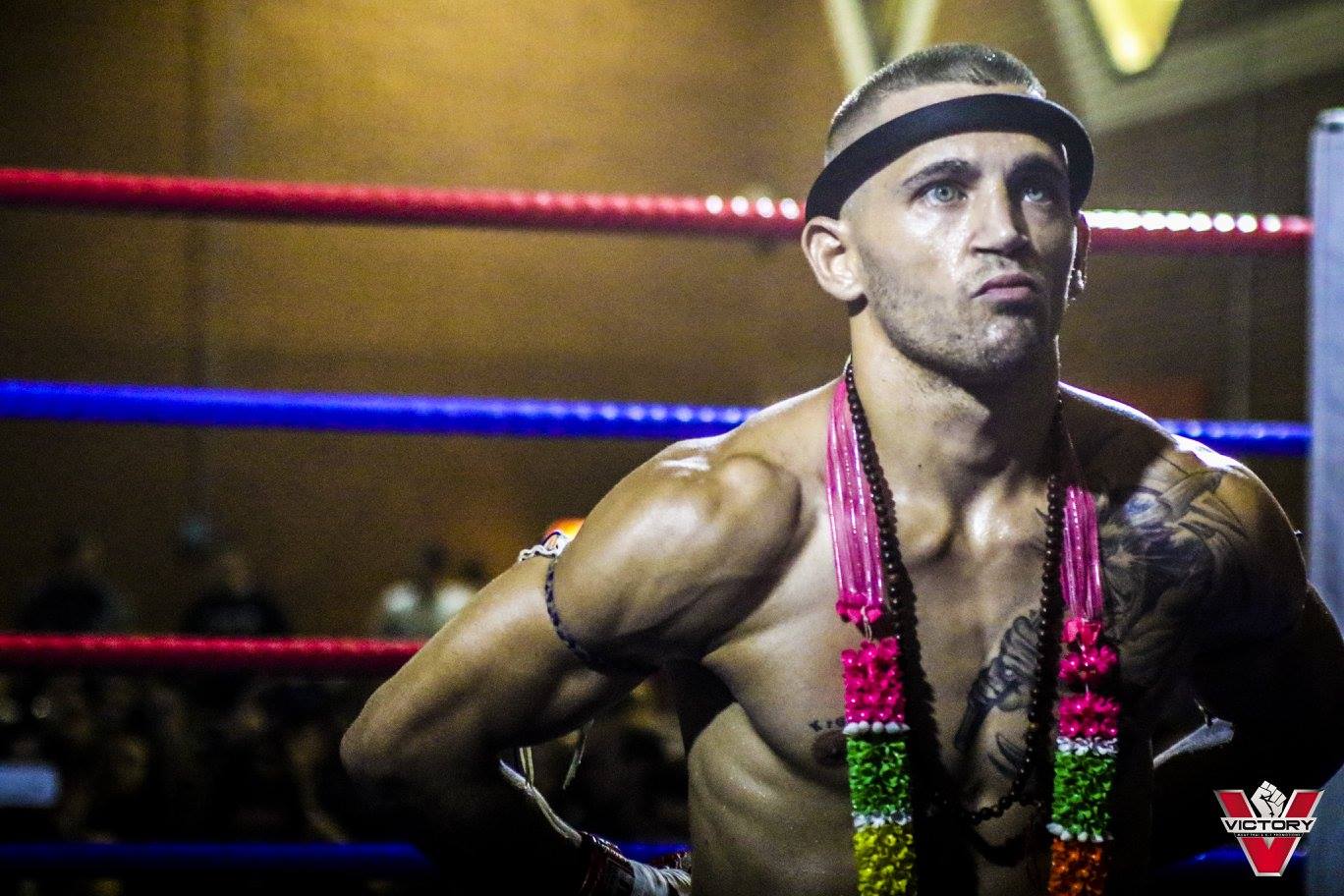 Jonathan Haggerty is one of the most exciting fighters around at the moment. He has been steadily and consistently making noise throughout the country. Climbing his way up the rankings to now be sat at the number one spot, after his devilish knockout against Keith McLachlan at Yokkao 29.

Haggerty will be taking on the Spaniard, Isaac Araya. Araya has previously fought in the UK against Keith McLachlan in a very close fight on Victory Promotions, which McLachlan edged the win on. Here, both Haggerty and Araya will go toe to toe in an A-Class Muay Thai match-up under full Thai rules for a chance to take home the WBC International Championship belt.

Both of these warriors are no stranger to the big stages, for them to be in with a chance of winning the famous green strap, it will certainly be an all-out war come this weekend at Muay Thai Mayhem.

Fight Record had a catch up with Haggerty about his upcoming fight this weekend and this is what Haggerty had to say:

Fight Record: How has camp been for you this time around? Seen some of the circuits you have been doing, they look lethal!
Haggerty: Camps been wicked as usual mate same thing day in day out.

Fight Record: What do you know about Isaac?
Haggerty: I know he fought against Keith and lost and I also know he likes to low kick a lot which is not a people because I have something in store for him

Fight Record: How you feeling going into this fight? Hard part is done now, it’s just the weight to cut and time to dance, you feeling ready?
Haggerty: Last bit of weight cut now and as always, I’ll be ready to do what I do best on the day mate.

Fight Record: What have you done to prepare for this one?
Haggerty: I haven’t changed anything mate just same routines as always running them never-ending miles, strength and conditioning like a madman and of course smacking pads twice a day

With a stacked undercard and the main card featuring Jake Purdy who is taking on George Jarvis for a UKMF title too! Tickets are still available from all fighters who are fighting on the event. The tickets are worth the money to see the Haggerty and Araya fight alone never mind throwing Purdy and Jarvis into the mix too!

A fantastic night of Muay Thai action lined up for the crowd at Effingham Park Hotel in Copthorne. Priced at just £35 for a ticket, you have no reason. This coming Saturday, 26th May. Fireworks will be going off!