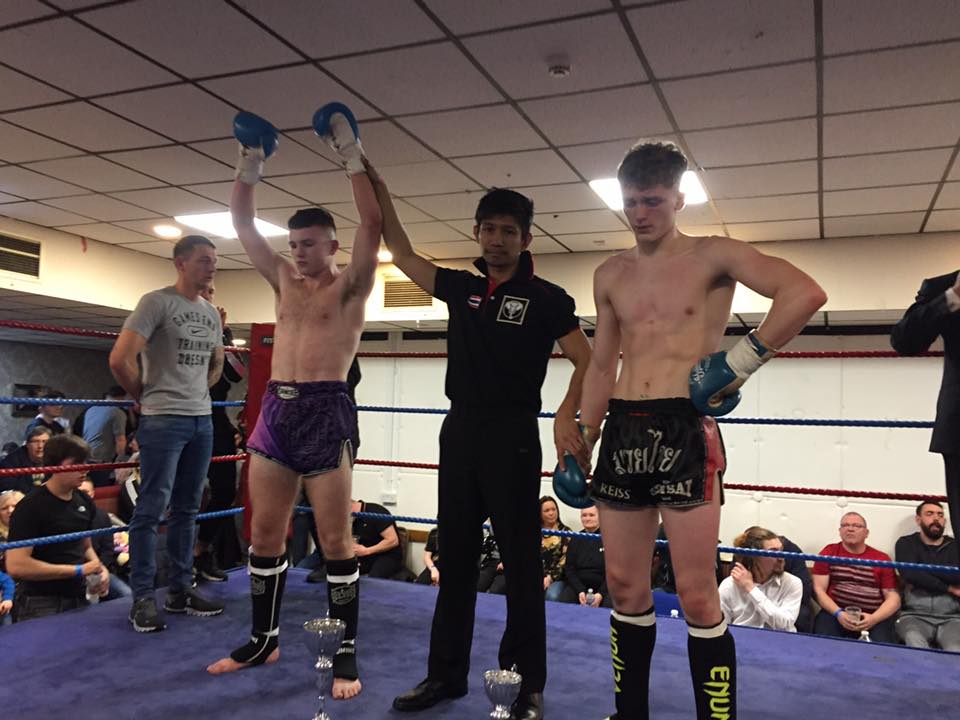 Both fighters were confident of making a big statement ahead of the bout when they both spoke to the Fight Record reporters earlier this week, but it was the Unit 5 prodigy Hayden Armstrong that took the win via 2nd round stoppage.

“Hayden was out to make a big statement from the first bell. He pressurised Reiss which resulted in two 8-counts and Hayden won the first round in big style.

“Hayden started off the second round in the same style and never let the pace drop, resulting in another 8-count after a barrage of punches to the head and body of Reiss.

“Reiss managed to make the count, but Hayden jumped on the opportunity to finish the fight early and took the fight by clinching reins and landing three strong knees which resulted in the referee stepping in and stopping the fight.”

Hayden will be action again in just a weeks time when he travels up to Glasgow for the UKMF Junior Trials for a chance to represent Team GB in the IFMA World and European Championships this year.