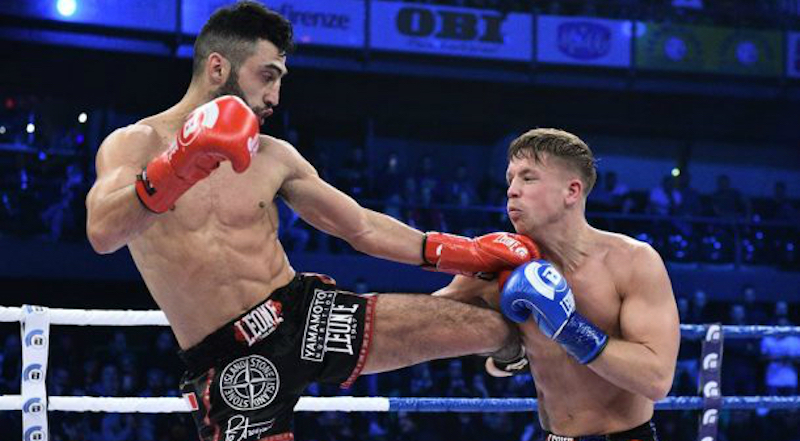 As if ONE Championship hadn’t already made enough waves in the world of combat sports. Now we see the developments of the recently announced ONE Super Series. Set to premiere on 20th April on the ONE: Heroes of Honor event, Chairman and CEO of ONE, Chatri Sityodtong has set the bar. Bringing together the biggest names in the striking arts to fight in the newly developed ONE Super Series five-roped ring.

With most of the different rule-sets yet to be announced, it is incredibly exciting to see where ONE will take us. On a journey into new realms. With Nong-O set to take on Fabio Pinca in a Muay Thai bout in the 4oz MMA gloves, the fireworks are set and explosions are bound to happen.

The super-slick Sityodtong said in an official press release, “ONE Championship is dedicated to giving fans an authentic martial arts experience. We are proud to announce that the absolute best strikers in the world have chosen to continue their professional careers under the ONE banner.”

Below is a press release directly from ONE covering the announcement of two of the most revered names in Muay Thai and Kickboxing. Jo Nattawut, former Lion Fight World champion will be joining Giorgio Petrosyan in the square circle. With many more developments yet to come, Fight Record are very excited to see where ONE can take this exciting new venture, surely with the backing of the Muay Thai and Kickboxing community and with the support of all the biggest names in the world, they are set for success.

Couple that with the work ethic and ethos of ONE, there will be no stopping them. Keep your eyes peeled for the full-line up of ONE: Heroes of Honor that will take place on 20th April at the Mall of Asia in Manila, Philippines.

Until then, have a read of the official press release from ONE and keep your eyes peeled!

While the Philippine capital is abuzz with the announcement of the main event showdown between Team Lakay’s Kevin “The Silencer” Belingon (17-5) and Bali-based American Andrew Leone (8-3), another spectacle is ready to be unveiled at the Mall of Asia Arena.

Making its debut on 20 April at ONE: HEROES OF HONOR is the highly-anticipated ONE Super Series, a new iteration in ONE Championship’s efforts to bring martial arts to the forefront in mainstream culture.

According to ONE Championship Chairman and CEO Chatri Sityodtong, the ONE Super Series aims to provide the world’s best martial artists a prestigious global platform to showcase the beauty of Asia’s striking arts such as Muay Thai, kickboxing, karate, taekwondo, Kung Fu, wushu, sanda, silat, lethwei, and more.

It will feature various-styled bouts under ONE Championship’s unique rule sets, including kickboxing and Muay Thai, some in the ring, some in the cage, and with ONE Championship branded boxing or grappling gloves. It’s an exciting development in the professional martial arts landscape that could have a lasting effect on the future of the sport.

The premiere offering for Manila’s ONE Super Series is a battle featuring international kickboxing superstar Giorgio Petrosyan of Italy, who takes on 25-year-old “Smokin’” Jo Nattawut of Thailand.

The 32-year-old Petrosyan is known as one of the finest kickboxing talents in the world. He began his professional Muay Thai career at the age of 16 competing between bantamweight and middleweight, winning multiple titles across each division.

With a professional kickboxing record of 85-2-2, 2NC, Petrosyan is known for his incredible 6-year 42-bout win streak which is considered one of the most dominant reigns in middleweight history.

On the other hand, Nattawut is a kickboxing star from Atlanta, Georgia with a professional kickboxing record of 60-11-2. Originally from Korat, Thailand, Nattawut is a former Lion Fight Super Welterweight Champion and WMC Champion, known for his powerful elbow and knee strikes.

Aside from the marquee talent debuting at ONE Super Series in Manila, is the unveiling of a brand new ONE Super Series five-rope ring. Up until this point, ONE Championship has held martial arts bouts inside the famed ONE cage, but at ONE: HEROES OF HONOR, a new battlefield will be revealed.

Specifications and details have yet to be announced, but all bouts are expected to be held inside the new ring, including bouts that are officiated under ONE’s Global Rule Set. This means that, for the first time in ONE Championship history, Mixed Martial Arts contests will be held in the ring instead of in the cage.

This is a huge development and one that could be a potential game-changer. The ring is set to be unveiled in the coming weeks, with select media getting the opportunity to have a first-look before the arena doors open to the public.