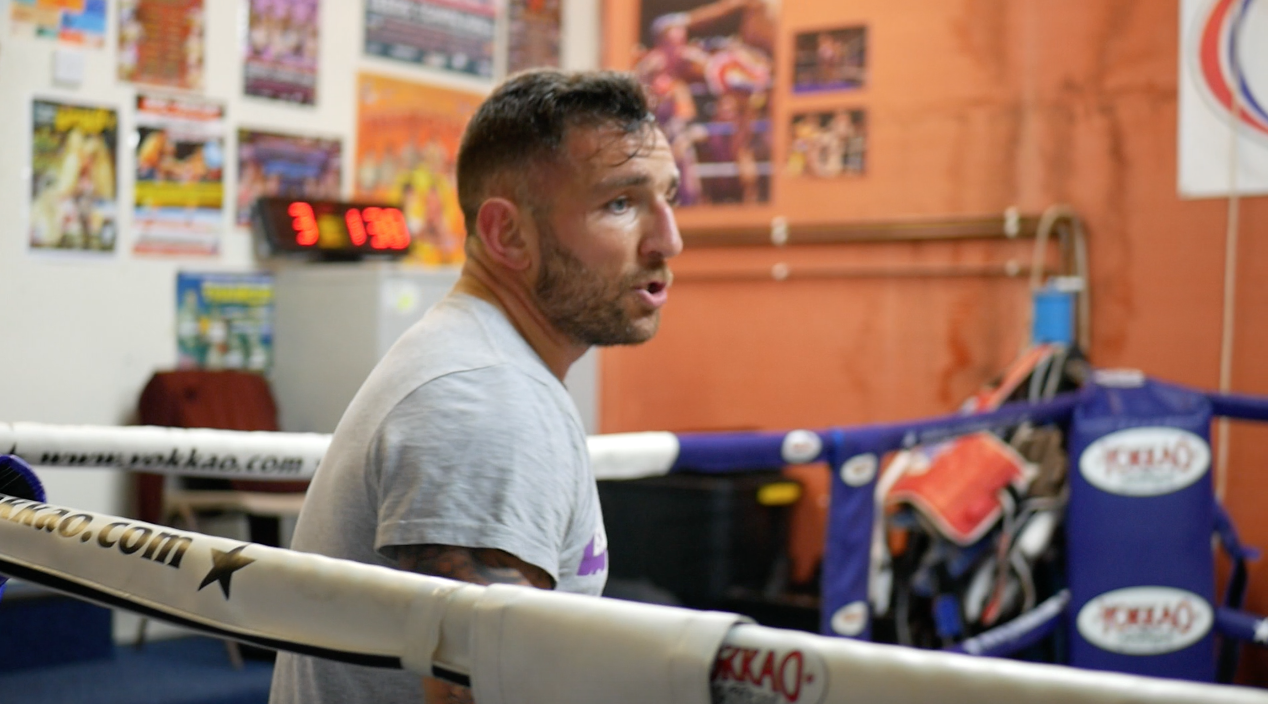 Liam Harrison is best known for his demonic low kicks and brutal left hook. Being on the top of his game for over a decade, Harrison is arguably one of the best fighters to have ever come out of the UK, if not Europe. By day, he trains out of the Bad Company Gym in his hometown of Leeds; by night he has turned promoter, of HGH Promotions, putting together one of the biggest shows Yorkshire has ever seen.

Regularly seeing him update his instagram feed with seminars that he is doing all over the world, pads that he is hitting with his stablemates and living the fighter lifestyle. Most recently we saw him post a video of him (which you can see below) and his cousin, Andy Howson, on pads training for Howson’s upcoming bout on Harrisons, HGH Promotions event at the end of April.

As you can see, Harrison is sporting his sexy new Fight Record t-shirt which will be available in the Fight Record Shop before long. There is also a competition afoot, for you to be in with a chance of being one of the first people in the country to be in possession of one of the sought after bits of apparel and joining what will be the Fight Record revolution.

The full line-up for HGH Promotions will be shared a little closer to the date of the event but let it be known, there will be fireworks in Leeds on 29th April, heres what Liam Harrison had to say about his time running this event so far, “This HGH Promotions event is, by far, the biggest promotion we’ve put on so far. We’ve got some absolute quality fights and even got 2 MMA fights on the card! I’m really excited about it.

Obviously I’m looking forward to Andy’s return, but also Liam Brough vs Jack Kennedy has fight of the night written all over it. Joe Craven is in great form too and is an absolute wrecking machine.

I’m enjoying working with him again, it’s been way too long and we are getting a nice flow back training with each other now. Everything is back from my injury now, 100 percent working order and I’m back in the gym working hard. Huge fights will be announced shortly!”