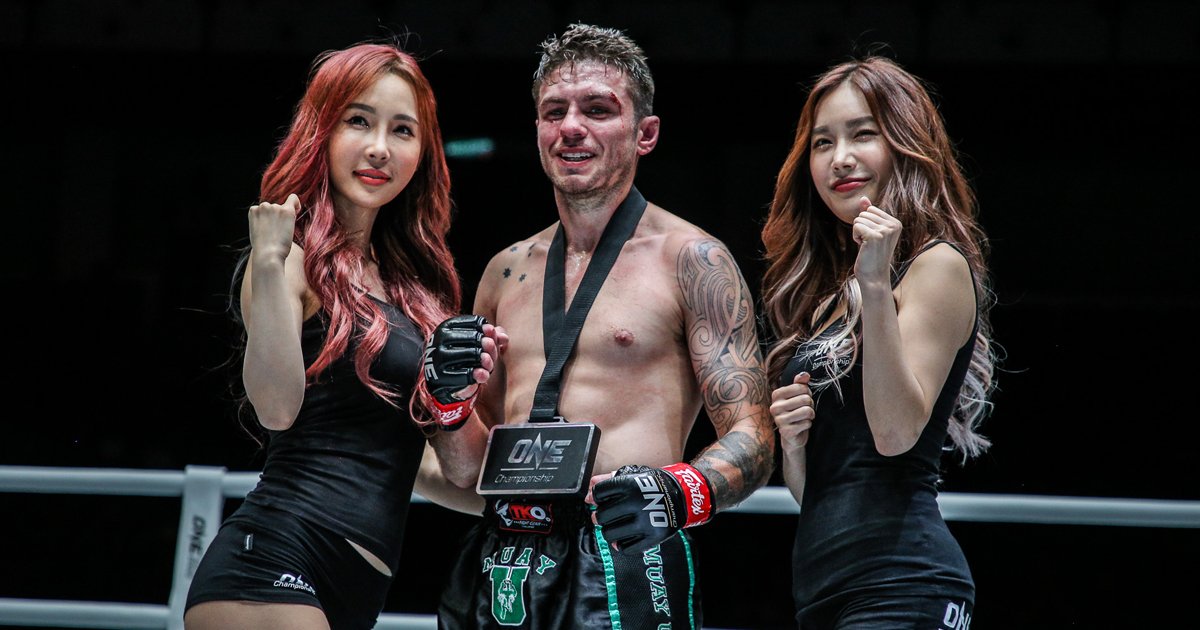 Australian Strawweight, Josh ‘Timebomb’ Tonna, started training in Muay Thai at the age of 17. After suffering from bullying, Tonna wanted to gain some confidence and ability to defend himself.

After his first training session, he fell in love with the sport and couldn’t get enough of it. Years later he is now a proud coach, working full time in the gym, giving something back to people who were once in his position.

Tonna’s goal was always to fight at K-1 in Japan and become a World Champion. He achieved both of those and continued to work hard which has led him to where he is today.

Having fought some of the greatest athletes in the World during his career, ‘Timebomb’ has also squared of against some of the best stars in ONE Championship during his promotional tenure, including Petchdam Petchyindee, Joseph Lasiri and more.

Now he arrives in Manila this week ahead of his bout with the ‘Punisher’ Andy Howson at ONE: WARRIOR’S CODE, and for the first time will bring his son to watch him fight live.

When asked what kind of advice he would give to a younger version of himself, or someone looking to follow in his footsteps to make it to the top, the Australian responded;

“I always said to myself that I would go far, but it is hard to go far in any profession when obstacles get in your way, when things get difficult. There’s been a lot of sacrifices.

“You need a good coach that believes in you, and lots of support around you. But ultimately, it all comes down to you and your determination to get there.

“Stay consistent no matter what gets in your way. It took me a lot of years and a lot of setbacks to overcome on the way, but in the end it is worth it.”