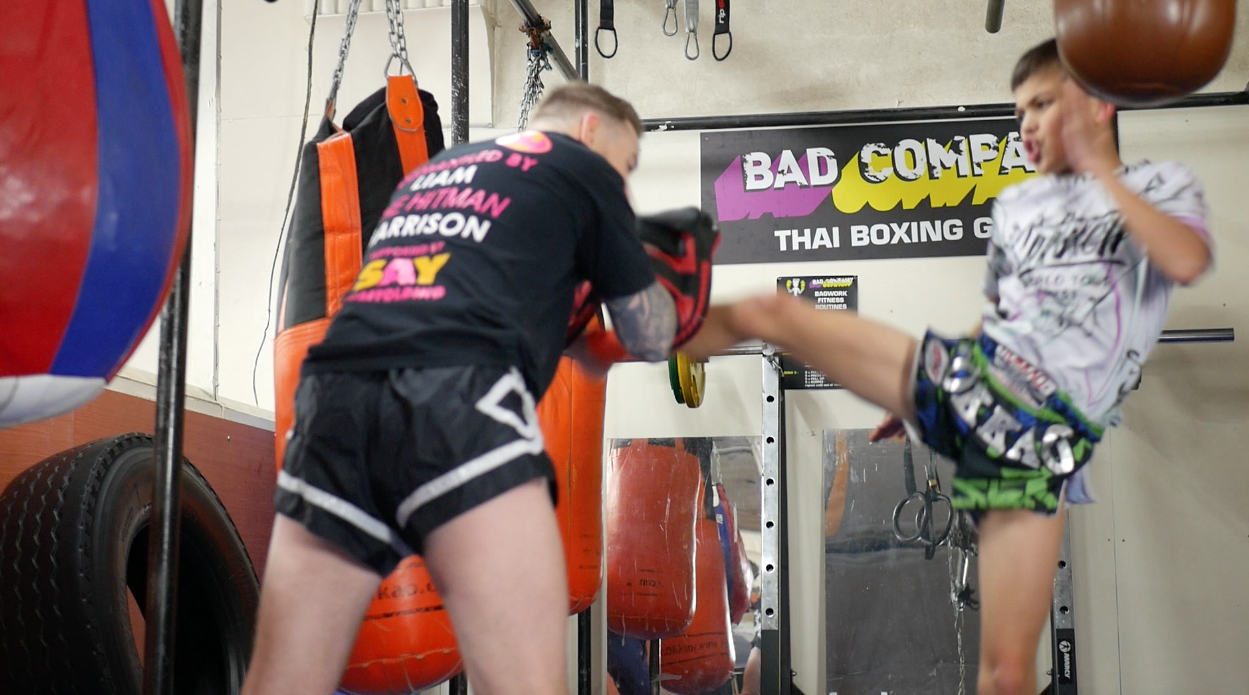 Andy ‘Punisher’ Howson has recently been added to the Fight Record database. This was part of the deal struck with Bad Company Gym based in Leeds. As previously mentioned in the Harrison interview, Howson is back and looking to blow the roof clean off the John Charles sports centre in Leeds.

Fight Record caught up with Howson and spoke with him about training camp, fighting back in Leeds and life back at Bad Company Gym and much more! This is the first instalment of the two-part interview.

Howson has been working tirelessly with the complete family from Bad Co. and Legions recently. They had the UKMF trails and the Night of the Legions all in one day. Getting home at 2 am after leaving the house at 9 am is some feat. When you’re working doing something that you love doing, then I’m sure that it is all super worth it.

When asked how training camp was going, Howson said: “Yeah training camp is underway mate. To be honest, I’ve been steadily ticking over hitting pads most days since October with Liam and Joe. I’ve not trained or fought for 3yrs almost and I’m no spring chicken anymore. I couldn’t have just gone head-on into a 6-week Camp cause the body would have broken down. I wanted to get back used to it first before really kicking training up a notch.”

He explained, “The show’s just over 6 weeks away now so will start to really turn it up on Monday. I’m a lot sharper now and feeling great on pads now with Richard and Liam. So I am looking forward the next few weeks of hard graft.” Fighting back in his hometown must be something really exciting for Howson, especially after the last time he fought there.

He said, “It’s actually 8yrs since I last fought in Leeds and the last fight was a war and a total bloodbath. I’m really excited about fighting in my hometown again when I moved away to Birmingham 4yrs ago I was set to headline Liam & Clint’s HGH show then and it was going to be a send-off for me.” He went on and said, “I trained the hardest I had in years and was in great shape ready to put on a display for my friends, family and fans.

In the end, my original opponent pulled out. The night of the weigh-in so I had accepted a replacement who was 7kgs heavier and on the day. I was left without a fight because he decided not to show up. I’d sold over 100 tickets all my mates, family gym family. They never got to see me here in Leeds one last time and it’s haunted me ever since that I never got to have one last fight here so I’m beyond excited about the return and been able to headline my cousins HGH show yet again is amazing.”

The second part of the interview will be going live tomorrow. In the interview, Howson speaks about sharpening his tools and being back at Bad Company full-time.

Keep your eyes peeled for the next installation of the Howson interview Part II.