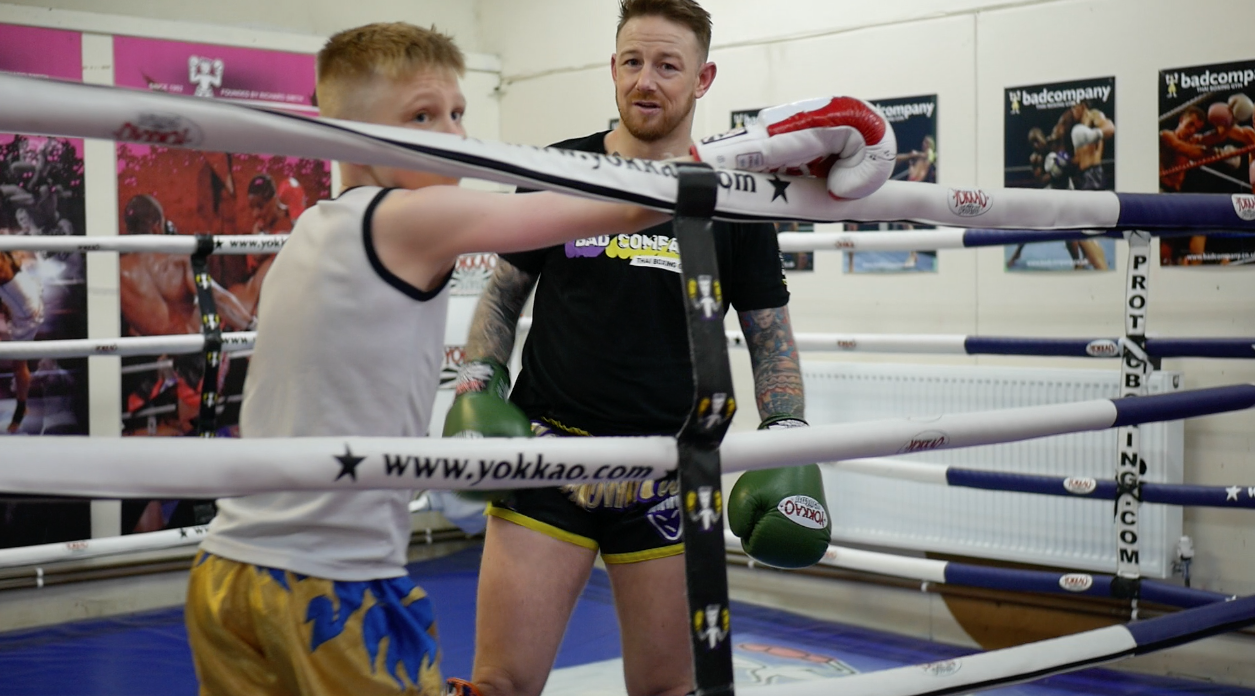 Getting straight back into it from where we left off with the Howson interview, he jumps straight in talking about letting the Punisher back out in April on the HGH Promotions event. Howson announced his comeback at the end of last year. The card has got good and is going from strength to strength.

Announcing fighters like Craven, Brough, Tams and more. This time around we spoke with Howson about getting back into camp and sharpening his tools ready for competition next month at the John Charles Sports Hall in his hometown of Leeds, “mate I’m tuning up the band that’s for sure. I had to hang the gloves up due to a lot of various injuries. Mainly my neck which was bad to the point I couldn’t hold my head up without been in constant pain.”

I’d had that and other bad injuries for years and years. I just fought through them as best I could. In my last 4/5 fights, I changed my fight style. I was a lot more scoring orientated mostly because I just had to fight cleverly due to the injuries. I’d also lost a little bit of that spark. The nasty streak that you need to be top level in this (or any full contact fight sport).”

Excitedly he went on to talk about the mean streak and feeling its return. “It may sound bad but after this 3yr layoff, that nastiness is well and truly back. You can see that by my face on some of the clips on pads myself and Liam have posted recently. I have that intent again and this fight will NOT be going the distance. The Punisher will be doing just that…punishing him from round 1 till it’s over with.”

Speaking with him about being back at Bad Company, you could tell that he was excited to be back there, learning and helping out in the gym, “argh man, it’s amazing to be home and with the gang again, even whilst been away in Birmingham, Bad Co, Richard and everyone at the gym have always stayed my family. How I coach and taught my fighters came directly from Bad Co/Richard. This is what I’ve learnt there over the last 20yrs.”

Telling us about padding the big wigs of Bad Co and helping out with the junior team Howson said, “to be back again and training and helping to coach & pad the guys Liam, Jordan, Craven, Tamara and all the amazing junior team we have is a dream come true. I feel the time away and owning my own gym had already made me a better coach. Within a month or so of been back in Leeds and Bad Co, helping to train and coach. Alongside Liam and Richard, I really believe my coaching has stepped up more levels. Just watching those guys teach and Liam in his PT’s you pick up so so much. I’m able to adapt and add that to my coaching repertoire now too.”

All the best to Howson who fights at the end of next month in his hometown of Leeds. Thanks to Andy for taking the time to answer the questions. Giving us the ability to put together this two-part Howson interview session. If you missed the first part check it here. Alternatively, you can check out the podcast he did with Mike Parr and Adam Fielding last week, it was really entertaining.

Seeing Howson fight was something that was always on the list. Back in 2014/5 when he retired, I was saddened I wouldn’t ever get to do. Fight Record will hopefully be at the HGH event and get the chance to see him in action! If you like this Howson interview, then head over to our news section where you will find plenty more. Interviews and articles to scan through.