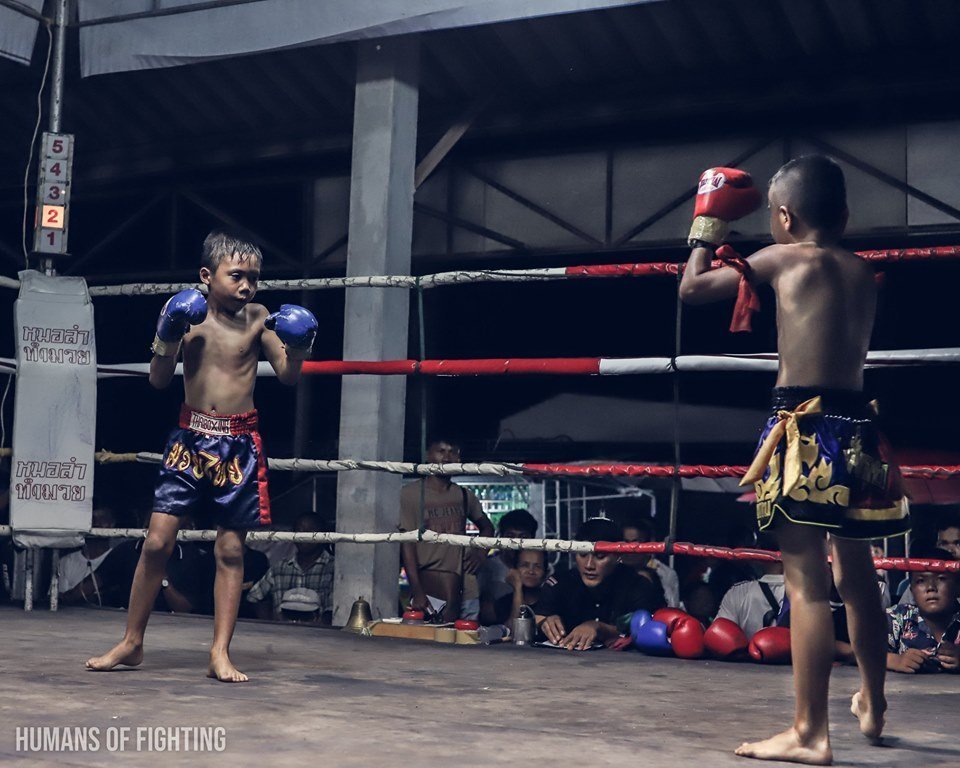 We were taught from young never to reveal our emotions in a fight. Not grimace when we get hit, nor puff up with self-importance when we land a good shot. The job is not done until the ending bell rings. Before one hand is raised, anything can happen in the fight.

The one who loses control of his emotions loses the fight. You get hit. You feel hurt. You want to hurt him back ten times worse. What you don’t realize is, as you rush to redeem yourself by throwing the full force of your emotions behind every strike, you are also exposing your full intentions. This leaves you vulnerable to manipulation by your opponent.

To stand your ground even when you get hit doesn’t mean you don’t feel pain or emotions. Instead of reacting to the situation, you acknowledge the torment, and transform the agony into a positive force that becomes a fertilizer for growth.

This form of stoicism is typical in Thailand, and is an important part of the Muay Thai aesthetic. Never let them know what you’re planning to do. Never wear your true emotions on your sleeves. Remain unreadable and unpredictable. These are the traits of an indomitable fighter.

Sometimes people get too fixated on the physical aspect of the sport. They think about the shin clashes, the body kicks, the punches to the face, and only see the brutality of it. The physical trauma is not personal, it is just a part of the sport.

In fact, once you overcome that mindset and accept the terms, a Muay Thai fight is just like playing a game of chess. You plan your moves, you bait your opponent, you sacrifice some shots in order to set up for the most effective offence. There is no emotion required in this process. Emotions would only hinder your judgment.

Because of this reason, showing emotions in the ring is actually seen as a sign of weakness – a lack of self-control and discipline. A fighter who has put in the hard work should only display tenacity and grit regardless of what happens.

You can’t fake it. It doesn’t come from thinking or talking about it. You have to train it to own it. It is in the hours and years of sweat and tears that people don’t see. It is in getting the humble pie shoved in your face, day in and day out until your heart grows so big that it envelops the suffering with gratitude and courage.

In the ring my opponent is not only fighting me. He is fighting the entire capacity of my heart.