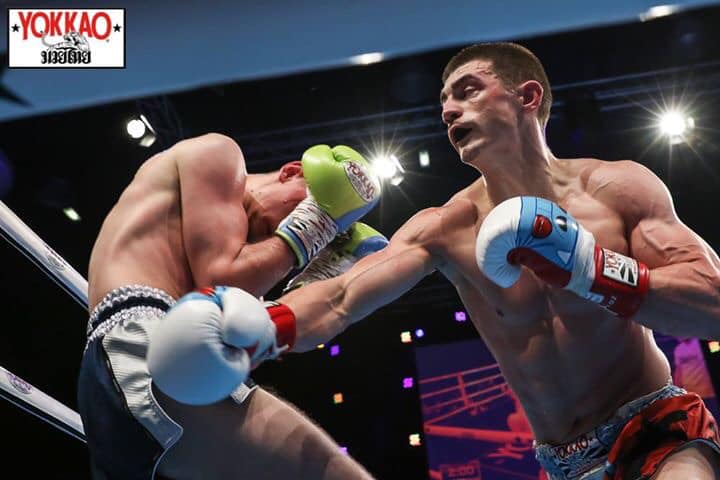 UK Featherweight #1 Jacob Smith revealed earlier today that he has signed a contract with the biggest martial arts promotion in the World, ONE Championship.

Just a couple of months after we last spoke to the hard-hitting featherweight, where Smith told us his main goal is to sign with ONE Championship, he has finally achieved his goal is ready to show why he is ranked amongst some of the best in the World on the biggest stage of them all.

To fight on the ONE Championship stage is every Muay Thai and Kickboxers dream right now and Jacob took to social media to express his delight with his new contract.

HUGE NEWS. I have now signed a contract for the biggest combat sports promotion on the planet… ONE CHAMPIONSHIP @onechampionship I can’t announce date, venue or opponent until they release it but all’s I can say is I snatched the chance with both hands and that Fight News will be here very soon. Thank you @calder_27 for giving me the chance to show everyone what I can do on the yokkao shows. This is just the start. Thank you to my team and sponsors @caseybek @kevincasey2001 @jmk_imperial @iandeary @gravityhealthclub @julieannmancinisportstherapist @bolo_fightwear_uk @webbfit

Subscribers can click here to visit Jacob Smith’s fighter profile and view his fight record and previous opponents and results in his fight history.

Jacob will now join other UK stars such as Liam Harrison, Jonathan Haggerty, Juan Cervantes, Iman Barlow, Chris Shaw and more on the biggest striking platform in the World.

We spoke with the WBC Muaythai World ranked #12 to get his thoughts and a few extra words on how he feels about signing with Asia’s biggest sports media property.

“All my hard work is paying off for sure”, Smith told us, “It’s a big push and reminder that I can make something of myself through doing what I love.

“I can’t wait to show the World what I can do on ONE Championship in 4oz gloves.”