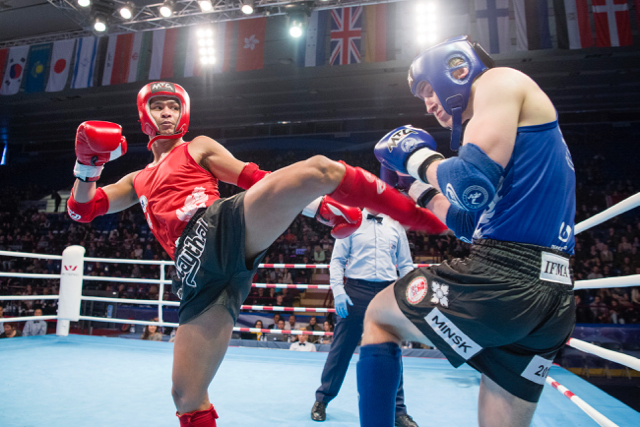 Team GB will be soon flying out to Cancun in Mexico to compete in the International Federation of Muaythai Amateur (IFMA) World Championships. The best of the best around the world in the amateur scene will come together under the IFMA rule-set (shin pads, elbow pads, body and head guards) to represent their country in hope to gain a gold medal to take home.

Team GB will be represented by Liam McGrandles (Corefit), Natty Dodds (Mungkorn Dam Sityodtong), Leigh Newton (Phoenix Thai) and Michael Bradbury (Hybrid Muay Thai). Mo Abdurahman, who recently fought and won Manachai has had to withdraw from the tournament because of a broken foot that he sustained during the bout.

Team GB will be very well represented and always does well in the IFMA’s. Hosted in Mexico this year, the athletes will be competing alongside some of the most ferocious fighters from all over the world. It will be a fantastic opportunity to showcase their abilities and network with other Nak Muay around the world too.

Sharing the experience of having to fight multiple times in a short period of time is something that very few can say they get to do. Keeping on weight, not knowing you who are fighting, watching all the other countries complete, all adds to the atmosphere and experience that is the IFMA’s.

It was announced recently that Muaythai will also be showcased at the World games in 2021. These games are to be hosted in Birmingham, USA. This will be the eleventh instalment of the World Games which is a multi-sport event staged every four year. This is organised by the International World games association under the patronage of the International Olympic Committee (IOC). This is a massive step towards getting Muaythai in to the mainstream and eventually into the Olympics.

It would be great to see it there one day, I’m sure if it keeps up the momentum it has at the moment, it will. It would be brilliant to see the United Kingdom well represented in the world amateur competitions because the talent that we have in the UK is incredible and there would be no better feeling than bringing home that gold medal for yourself and your country.

Will you be supporting the adult Team GB team going out to Mexico next month? Also, the junior team (yet to be announced) will be going out to Bangkok in the motherland of Muaythai to compete in the 2018 Youth World Championships in August.

The junior did fantastically well last year! With awards and medals being captured by the youngsters they set the tone for the standard of Muaythai here in the UK.