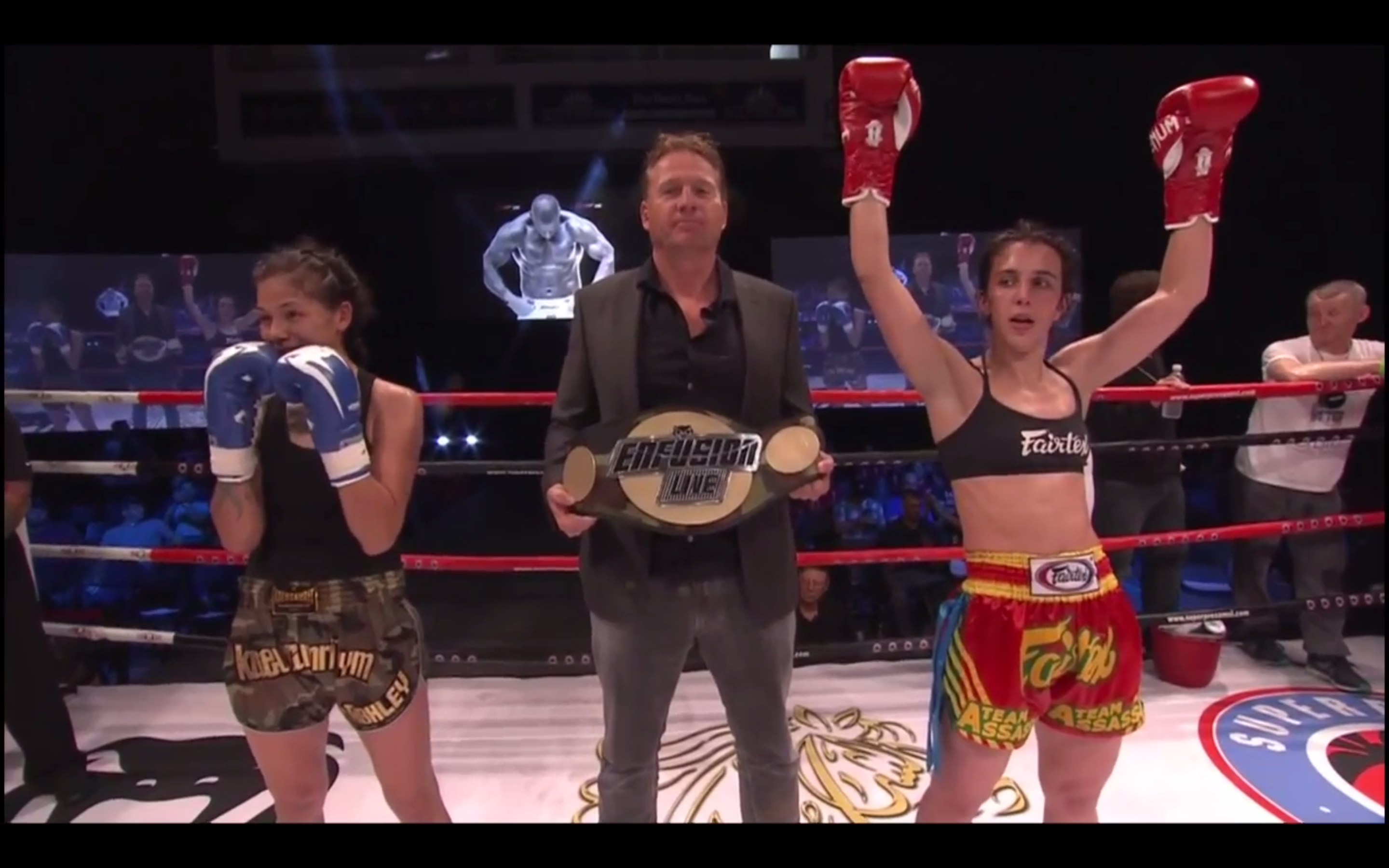 Iman Barlow started fighting at the very young age of four. Fighting is in her blood, her family. Training out of Team Assassins in the Midlands, Iman will be venturing to the North East to defend her Enfusion world title for the 6th time. At only 25, Iman Barlow has already achieved so much in Muay Thai and Kickboxing and will be around to inspire and motivate so many more.

Fight Record recently released a podcast recently. Endeavouring to speak to some of the most well-known, prolific people within Muay Thai. Also, giving the unknown and upcoming people a chance to share their story too. This week we saw a fighter who is absolutely no stranger to the big stage appear as a guest on The Fighters Record podcast.

This will be the first time that she has defended the title on English ground after winning the title back in 2014/15. Casting back to her early career and covering everything in between, Dom and Iman go through the ages of what she has been up to and what the future looks like for her.

Having most recently fought in Australia on her birthday, Iman is a true credit to the sport. Putting in hours and hours of work into the sport, Iman travels up and down the country sharing her wealth of knowledge with her dad and tutor, Mark Barlow. Regularly seeing updates on her Instagram story of her early starts, getting up and out on the road before she is an absolute force to be reckoned with but it also, very easy to speak to and highly entertaining.

If you like what you hear, then hit that subscribe button, you can locate the podcasting platforms, iTunes, Podbean or whichever podcast software you use, Fight Record are there. Share it with your friends and tell people about it!

If you would like to support Iman Barlow at the upcoming Enfusion event in Newcastle, then enter the code PRETTYK1LLER at the checkout.

Tickets can be bought directly in the Eventbrite app and downloaded right to your phone or bought on the Eventbrite website by using this link www.enfusionuk.eventbrite.co.uk