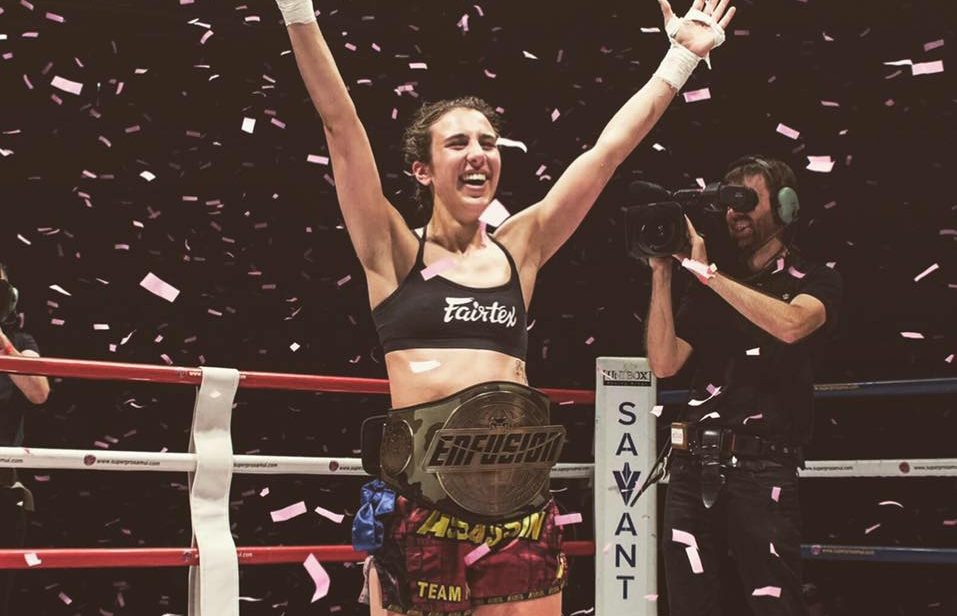 One of the best female UK Muay Thai fighters of all-time, Iman Barlow has totalled more than 100-fights in her illustrious career, fighting all over the World and winning numerous World titles.

This weekend, the Assassins Gym fighter aims to add another World title to her accolades as she faces Czech Republic’s Michaela Kerlenova on the Assassins home show this Saturday night.

“Training is going great”, Iman replied when asked how training life is going at Assassins Gym. “I’m feeling strong and ready as always.”

“It’s my first fight of the year which I always look forward to. I’m feeling refreshed after a break at Christmas and a chest injury.

“I’m buzzing to be fighting in my home time as always especially as last time my opponent didn’t turn up!”

With 99 wins on her record, Iman has the chance to seal her century this weekend. When asked what it would mean to her to reach the milestone, Iman replied;

“100 wins, but it will be business as usual. I love what I do so much, this is my life so it’s great to have reached something so amazing like that.”

After the fight with Kerlenova on her home show this weekend, Iman will fight on the 13th April (the day before her birthday), on Enfusion in France.

Having defending her Enfusion World title seven times already, Iman said she loves to fight on the Enfusion shows.

Iman added, “I’m not sure what else is lined up after that, but another trip to Australia may be happening…”