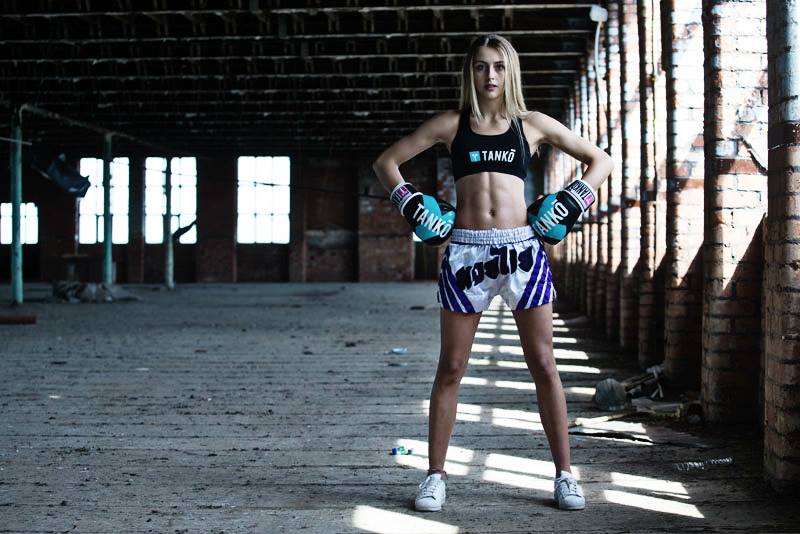 Just over a year ago, one of the UK’s top female Thai fighters Dakota Ditcheva made the transition to MMA. After six-months training, Dakota had her first two amateur MMA fights, and will now return to tie up the gloves and fight under Thai rules again at MTGP 29 in Bulgaria next weekend.

We caught up with Dakota during her busy training schedule as she prepares for her bout at MTGP to ask a few question about the choice to move to MMA and what the future holds.

“I am not back in Muay Thai permanently, but I also never left permanently.”

Dakota: “Moving to MMA wasn’t the plan from the beginning really. Anything I’ve done in my martial arts journey has kind of all just fallen into place itself and here I am now!

“I’ve always watched MMA and UFC and just always wanted to be able to roll on the floor and know what I’m doing! I was told by a few people I should try it and see where it takes me.

“As soon as I started training I absolutely loved it! I’ve always fought and messed about with my older brother when I was younger, rolling about as if we knew what we were doing. It’s nice to actually know a few things now and catch him out…sometimes!

“Training has been going well. I was thrown in the deep end straight away and had my first two amateur fights within 6 months of training! Just how I like it really I suppose.

“Honestly, I don’t know that much yet, mainly worked defence for my two fights as I knew people would want to take me down, looking at my past in Thai boxing.

“I am enjoying it, though. Training is so different. I’ve had to change my style a little and learn complete different scoring, but it’s been a nice change.

“Jiu-jitsu and wresting is toughhh! I feel like half my body’s broke at the end of a training week sometimes. Always Injured! I’ve definitely had to condition my body to a whole new type of training!”

“MTGP was a show I never fought on throughout my Muay Thai journey. It was always in the pipeline, but never ended up happening. So it’s nice to come back and finally be on it.

“It’s in Bulgaria as well, with me being half Bulgarian it was a really good opportunity for my family over there to see me fight live, so I grabbed it with both hands!

“I’m not back to Muay Thai permanently, but I also never left permanently! While I’m amateur in MMA, taking the odd few Thai/K1 fights is going to keep me active.

“With me jumping in and fighting MMA straight away, after such little training, I’ve taken a step back now and decided to work on my ground game before moving forward with the actual fighting.”