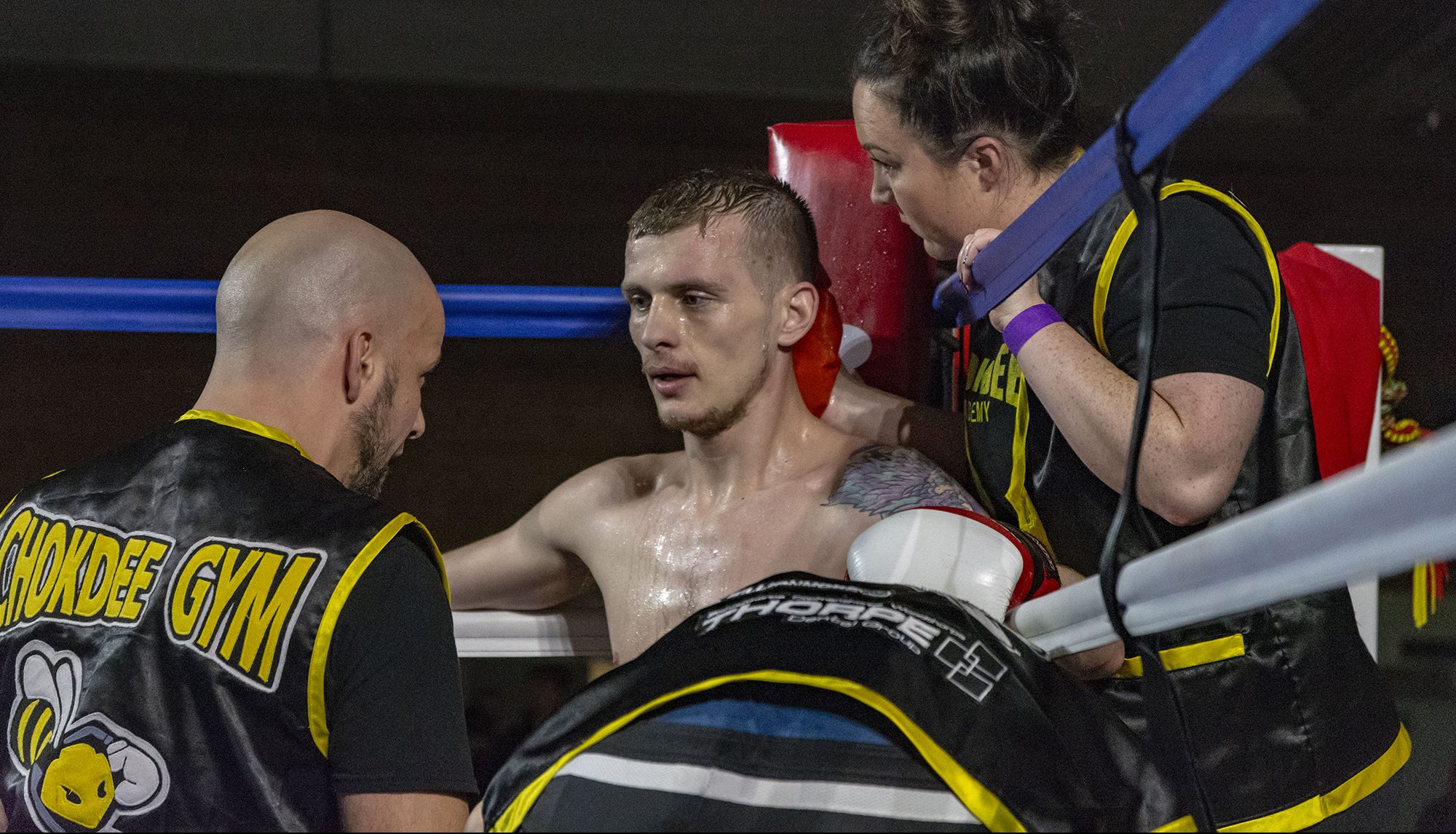 With over 50 professional fights on his record, Jack Cooper is one of the most experience Muay Thai fighters in the UK.

The Chokdee Academy star, from York, lived and trained in Thailand for a number of years were he competed in no less than 46 full Thai rules bouts in some of the most notorious venues such as the 5000-seater Lumpini Stadium in Bangkok as well as Omnoi Stadium and Kard Chuek on the Malaysian border.

Recently, Cooper lost to Corefit UK‘s Liam McGrandles at Victory IV in a rematch which he won two-years ago.

Both fighters came into the bout confident of the win, both having impressive recent victories, with Cooper beating Bad Company‘s Spanish talent Christian Vasile at HGH Promotions back in April and McGrandles also coming off some impressive wins against the likes of Nauzet Trujillo (who infamously beat Reece McAllister with a spinning elbow KO) and avenging a loss against Cezary Zugaj at Roar 11: Birmingham in November to claim back the Thai Fighter UK 66.68kg #7 spot.

We caught up with Jack Cooper after his latest bout to ask a few questions on his plans in 2019.

How do you feel after the British title bout loss to Liam?

“I didn’t getting going enough in my performance. I’m gutted, but I’ll be ok – on to the next.”

How will you pick yourself up after that loss?

“It’s just another fight. I’ll train hard and continue as normal. I would love the rematch again as 66kg didn’t feel great. If we rematch back at 69kg I’ll get the win again I’m certain.”

I’m going to keep fit and active. I’ve got a few people in mind that I want to fight so it should be a good year.”

Will you be heading back to Thailand?

“Yes I’ve got plans to go back. Take the wife back to see her Mam and family. I also want to fight on MAX Muay Thai and MX Muay Xtreme, they look like big promotions and I’ve beaten people who have won on those shows so I’m confident.”

How is the new coaching role going at Akurei Martial Arts?

“I’m enjoying it. I’m busy with private training sessions and coaching classes. I’ve got a group of fighters I’m taking to interclass and finding them fights on shows. they’re all improving and getting better so it’s interesting to see what we can do this year.”

Do you want to get your fighter profile and get featured on our website? Simply submit your information via this form.