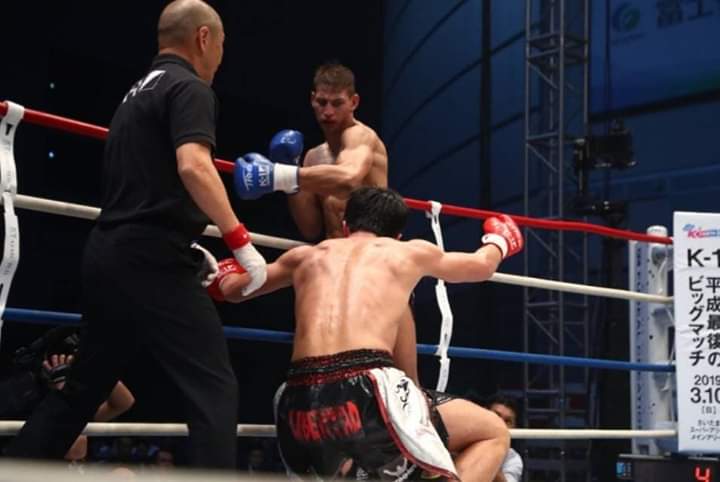 Mo Abdurahman will need no introduction to UK Muay Thai and Kickboxing fans. The Look Borai fighter has exploded onto the scene over the last couple of year, notching up three tournament finals, and a fight on GLORY kickboxing in the process.

Back in March 2017, the unorthodox fighter reached the final of the inaugural Road to Glory eight-man tournament, beating Suggy’s Gym’s and soon-to-be GLORY Kickboxing fighter Bailey Sugden in the final.

Later in the year, Abdurahman reached the final of the Power of Scotland 8-to-1 tournament which featured stars such as Pra Chao Suua‘s Dean James, the former MX Muay Xtreme double champion Craig Dickson and the POS Fight Team home favourite Chris Shaw.

Subsequently, Abdurahman was beaten in the final by his nemesis Shaw, who now holds two victories over the Southampton-born fighter.

In 2018, in between international fights, Mo went on to KO the current WBC World Champion Manachai at YOKKAO Next Generation in his hometown.

A week later, at Power of Scotland 26 in Glasgow, Chris Shaw was beaten by Mo’s next opponent, Nathan Bendon.

“Obviously I want to make a statement and knock Bendon clean out, but I know he’s tough and has the #1 spot for a reason.”

We spoke to Mo to get his thoughts on the upcoming fight with the current Thai Fighter UK 63.5kg #1, Nathan Bendon.

How do you feel about the upcoming fight with Nathan Bendon?

“I’ve wanted to fight for the #1 spot for a while, I’ve just been really busy fighting internationally, so it feels like a long time coming.

“Obviously I want to make a statement and knock Bendon clean out, but I know he’s tough and has the #1 spot for a reason.

“He’s meant to be fighting Craig Coakley on YOKKAO in March before we fight, so we’ll see how he gets on in that first.”

You are currently ranked #3 in the Thai Fighter rankings and #1 at 65kg and #2 at 63.5kg in the K1 rankings; are you going to fight in the UK more and solidify your position at the top of the rankings?

“I just do what my coach tells me and we’ve got a good few fights lined up this year. Only the Bendon fight has been announced so far, but I’ve had lots of offers so we’re just working out a schedule.

“I should have a very busy year solidifying my spot at the top of the Thai Fighter and K1 rankings.”

If you could pick a fight for 2019 who would you want to fight?

“Obviously the fight I wanted for a while was Bendon for the #1 spot. Then after that, I’m sure everyone will be asking for their shot at the #1 spot against me.”

Do you have a message for Bendon?

“All I have to say to Bendon is good luck on your next fight. Get through this unscathed so we can get this fight on for a lot of people who have been waiting a long time to see.”