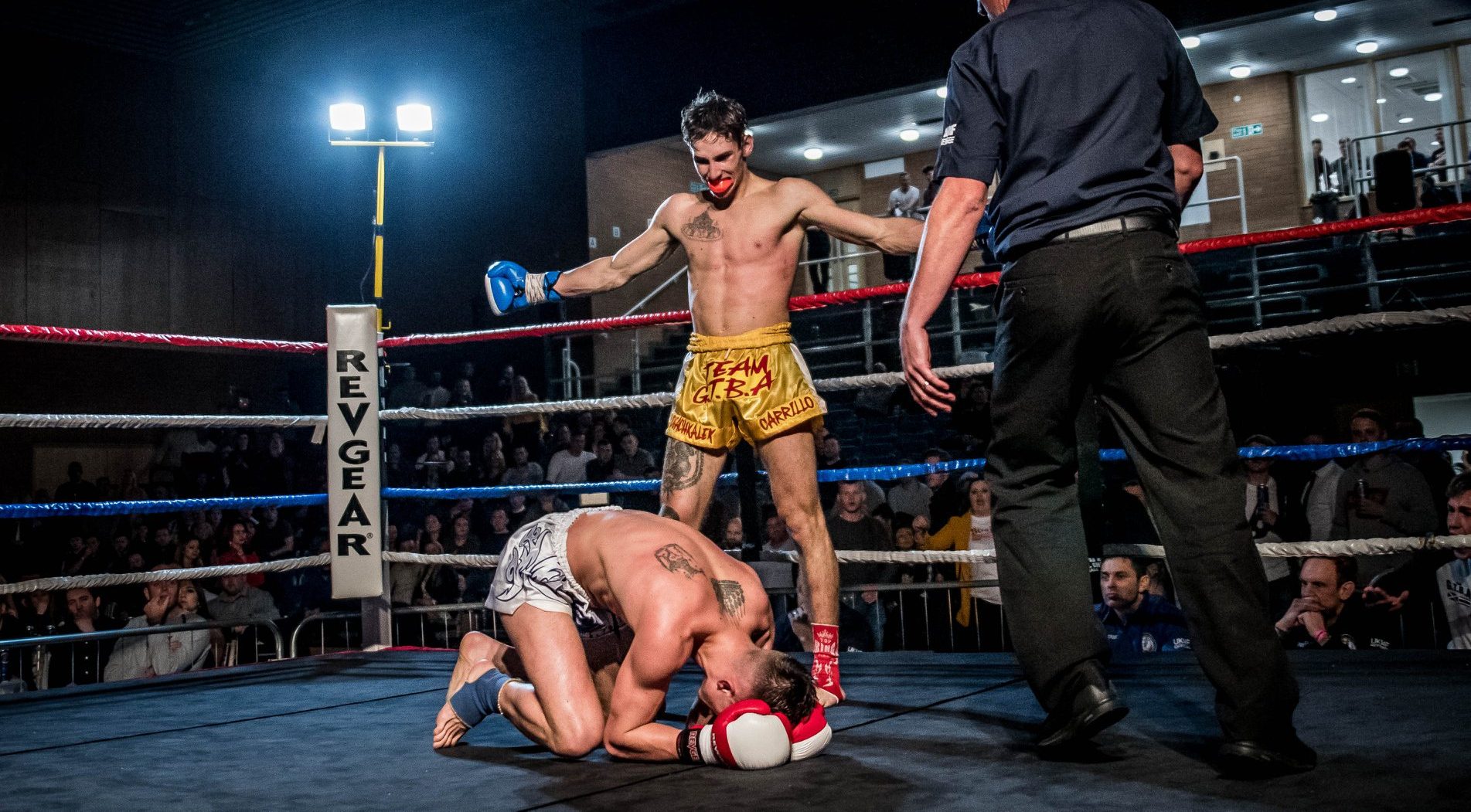 Over a year since he last stepped in the ring, British title contender Nico Carrillo will return to action in an international bout against Spaniard Alex Dass Rey at Evo Thai Boxing Series on 30th March in Glasgow.

The GTBA star last fought Shane Farquharson in a British title eliminator bout at Victory Promotions’ Lee Smith Memorial on 2nd December 2017 where he earned a fourth-round TKO and ‘Fight of the Night’.

Ending 2017 with two impressive stoppage victories, 2018 was set up to be a big year for Nico before an on-going injury setback.

Carrillo‘s opponent, Dass Rey, may sound familiar to some fans. His brother, Mark Dass Rey was the winner of the four-man tournament at Victory IV in December after two first-round stoppage victories over Josh Turbill and Jackson Barkhouse.

Alex, much like his older brother, has a lot of experience and fought most of his career in Thailand, beating the likes of Nico‘s fellow-Scot, the late Jordan Coe, at Petchbuncha Stadium in Koh Samui back in 2014.

We spoke to former ranked Nico on his time out of the ring and what he hopes to achieve now he’s back.

How do you feel being back in the gym training regularly after suffering injury?

“My back injury is all good now which I’m really glad about, but it was my shoulders that suffered the most. They have been an on-going issue and got really bad lats year, so I just had to take time out to rest my body. They are on the mend now and that’s all that matters – I’m back baby!”

Now you’re back, what’s your plans for your fighting career after finishing 2017 with two stoppage wins?

“I’m going to continue the way I finished 2017; I’m not saying that’s what I want to happen, I’m telling you that’s what going to happen.”

You beat Shane Farquharson in a British title eliminator in your last bout. Are you ready to challenge for the title when the opportunity comes?

“Yes, I am ready for the British title shot that I earned. On that point, I feel this is the way all title shots should be earned. You need to fight an eliminator or something along those lines to deserve it.

“You see a lot of fighters getting title shots after coming off losses, etc. I don’t really agree with that. But yes, I am ready for that title now after this fight in March.”

You previously said you’d like a rematch against George Mouzakitis eventually, is this still the case?

“I would love to rematch George, but he has a hand injury at the moment so I doubt it will happen this year. I wish him a speedy recovery, I know the feeling, but yes I would love the rematch.

“After the loss to Mouzakitis it showed me I can’t go into a fight injured at this level. I’m glad it happened and I learned a lot from it. I’m not here to make excuses but my team knew I wasn’t at my best, not even close. So when we are both at 100% it will make a much better rematch.”

Who else in the 63.5kg rankings would you like to fight and do you think you can take the #1 spot eventually?

“The division is possibly the most competitive in the UK. I would fight anyone in the rankings within reason. I’m not going to get too big for my boots and start calling out the top names like Chris Shaw.

“I know what I’m capable of and I know what’s out of my depth for now, but one day I think I can definitely take that #1 spot.”

Finally, what is your ultimate goal in the sport?

“My goal, much like many others in the sport is to become a World champion. I want to be the best of the best and be someone that people look up to as a role model.”