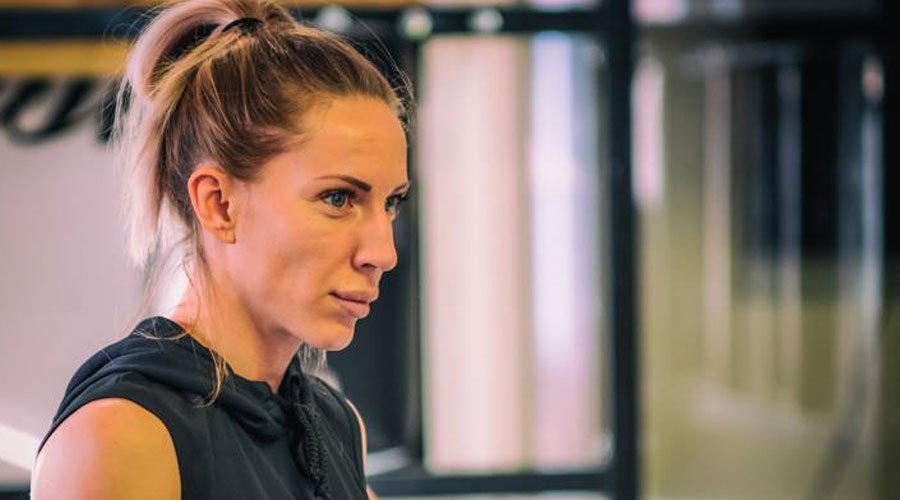 31-year-old Amanda started training in Muay Thai after trying it out during a holiday in Phuket, Thailand just five year ago.

Once she returned home from Thailand, she looked up Muay Thai gyms in her home town and began her journey.

At the time, Amanda was already an active person who spent a lot of the time training, but in her words, “fell in love with the action of the sport that is the complete opposite of everything that you’re doing in the gym.”

“I didn’t start competing until a year ago”, Amanda told us. “At that time, a 30-year-old single mother of a 11-year-old girl.”

Amanda continued, “At first, I didn’t want to fight at all due to having problems with my nerves, but as soon as the first fight was over, I did regret that I didn’t do it earlier!”

We asked Amanda what it is that she enjoys about the fighting aspect of the sport; “It’s like a destructive kind of love, where I hate the feeling and the nerves before, but as soon as the bell rings, I love every second of it.

“I love to push my self over the limit and keep on going even when I’m sore, tired and my opponent is doing everything to win, just as I do.”

“Southside already existed when I started. They had been going for about a year and a half when I joined”, Amanda told us when asked about life as a coach.

“Rodrigo, who is the founder and owner of the gym, and I got really good friends right away. I guess we saw that we could make great things together. So we started working with the gym together and after a while I left my full time job to work with him and Southside Arena.”

Amanda added, “I think it’s one of the best thing I’ve chosen to do in my life and even feels weird to call it a job. Rodrigo kind of had to talk me in to it, I can’t say that I wasn’t a little afraid that it wouldn’t work out, it’s a risky business, but it sure did!”

“The gym is constantly growing and we’re always looking of ways to develop. With our way of working, in near future we will be the gym that have it all, for small children to old folks. Hopefully at several locations.”

“We started The Empire to bring bigger events of Thaiboxing to Sweden”, she told us. “We normally arrange smaller events almost monthly at the gym.”

“With Empire we want to make bigger events. One part of that is to reach out to a bigger audience, to people who don’t usually watch Muay Thai. Another part is that we want to make the opportunity for Swedish fighters to fight at a big events even in their hometown.”

You can view Amanda’s full fighter record and profile here. If you would like to get your fighter profile and get featured on our website and social media channels, you can submit your fighter information on this form.