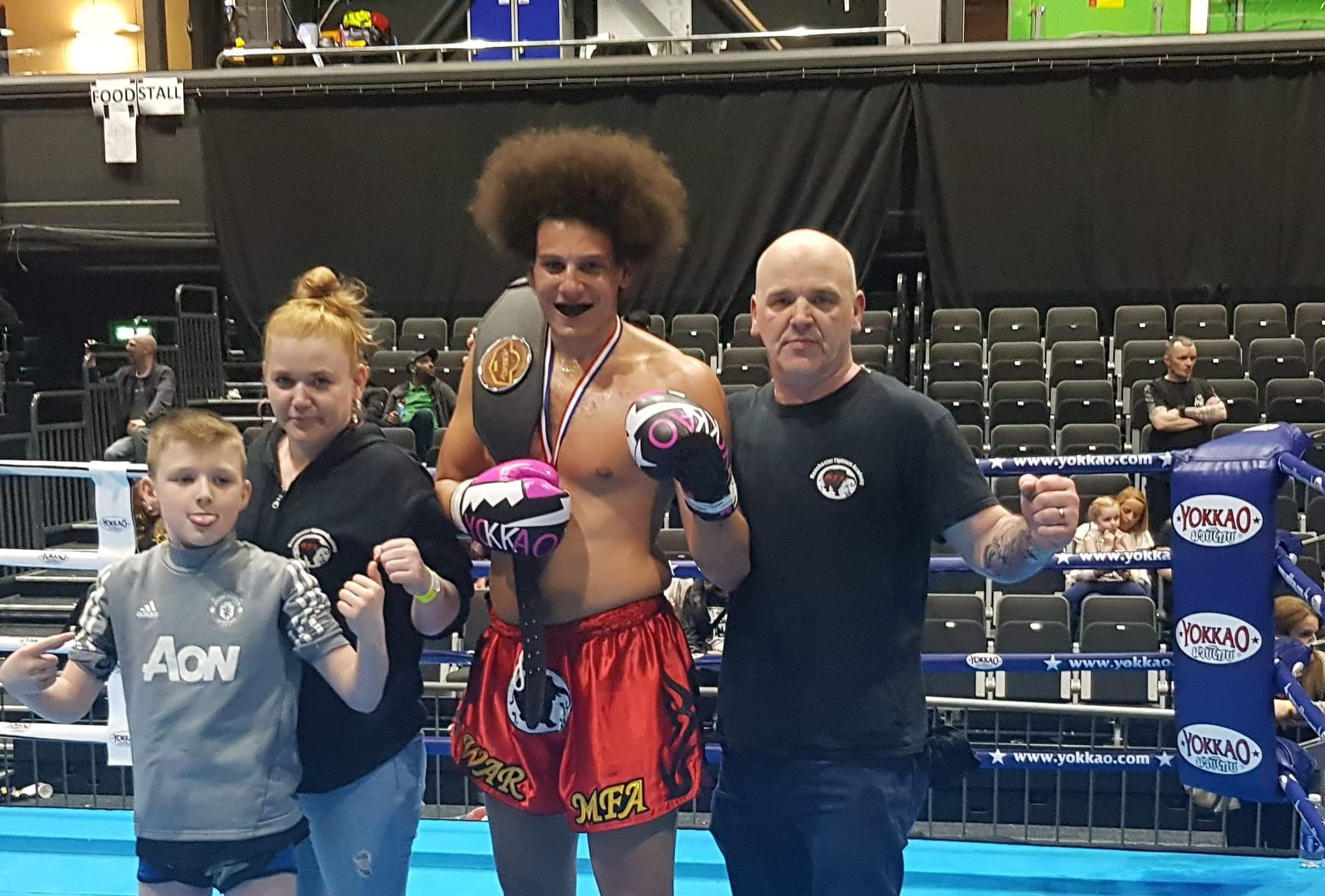 We caught up with undefeated Cruiserweight prospect Benjamin Mason-Gallagher of Manchester Fighters Academy to ask him a few words on his fighting career so far.

Why did you get started in Muay Thai?

“I initially got started in Muay Thai for the fitness aspect, but I was forced to stop training after tearing my ACL and MCL in my right knee, which led to being unable to train for two years due to complications from surgery and my weight shot up to 127kg.

“After a long recovery I started training again and once I got my fitness back I decided I wanted to fight.”

How has your fighting career gone so far?

“My first two fights were N-Class at Super Heavyweight. I won them both comfortably but realised I’d need to come down in weight to take more serious fights.

“I have managed to come down to Cruiserweight and won all 9 of my fights so far. I won the YOKKAO Amateur Open at 91kg+, beating a first-timer in the semi-final and then beating Daniel Bonner, the current UK 79.3kg #5, in the final. That win gave me a lot of confidence as although I knew he was fighting above his normal weight, he is still an A-Class fighter with a really good fight record and I was only two weeks from my first C-Class bout.”

Where do you want to take your fighting career?

“Next year I’m aiming to come down to Light Cruiserweight and get in the UK rankings of the 82.5kg division. My coach is now looking for B-Class fights and after I win a couple I want to move to A-Class and get to the top of the rankings.”