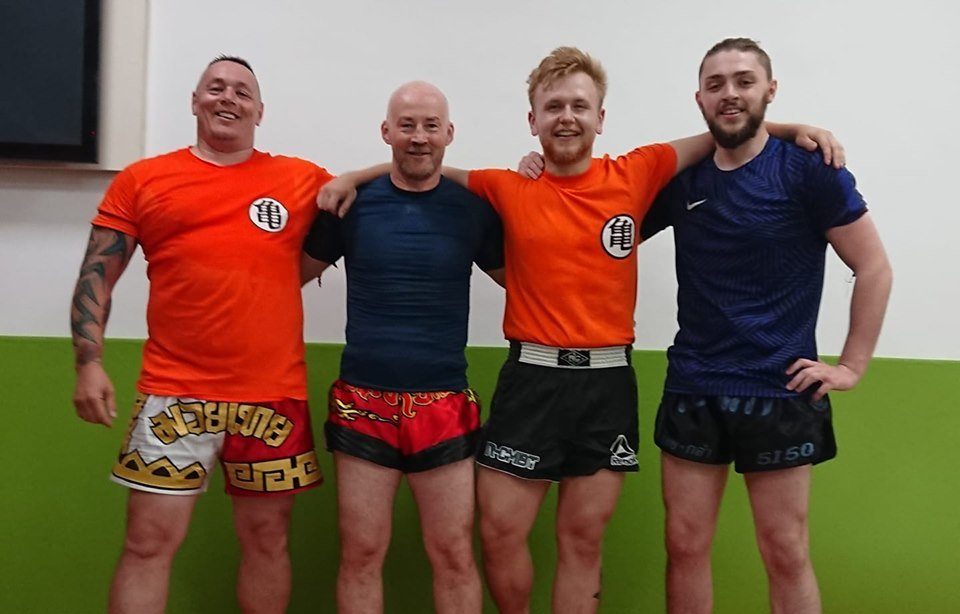 Scottish fighter Grant Donnachie picked up another win in his early fighting career when he beat Scott Nichol by fourth-round stoppage at MTB: Muay Thai Boxing in Linwood this past weekend.

After a good start to his fighting career, we spoke to the Scotsman to ask a few questions on how he got started in the sport and where he wants to take it.

Grant: “I only started a couple years ago, I think I was about 23. At that point I was just regularly going to the local gym and lifting weights.

“I wanted to switch things up a bit and initially I liked the idea of trying my hand at boxing. My friend, Connor Nicolson, was involved with a local MMA club in Greenock and I decided to ask to come and tryout the class.

“It was there that I met my coaches George McCready and Cha MacKenzie and they introduced me to the sport of Muay Thai. I thoroughly enjoyed each class and the more I researched about the culture and watched fights online, the more interested I had become.

“Nowadays I train about 6 days a week. I ditched the weights and train between two gyms – George’s gym in Greenock and Cha’s place in Newton Mearns. I love it, it has completely taken over my free time.”

What was it you enjoyed about it the most and when did you decide you wanted to start fighting?

Grant: “I liked the style and aggression of it all. The Thai culture and history is incredibly intriguing. It’s widely considered the base martial art for stand up combat in MMA and for good reason.

“It’s hard to explain why I like it, especially as I have never been particularly a violent person. I’m generally a pacifist.

“When it comes to why I started fighting, it was really a spur of the moment decision at the time of my first fight offer. Road To Glory 9 in October 2018 was coming up and my coaches presented the opportunity to myself and a few of my team mates and I decided why not test my abilities and what I’ve learned? So I went for it.”

Can you tell us what goes through your mind when you step in the ring and is it something you enjoy?

Grant: “Honestly, I can hardly remember because it’s like a thousand thoughts and emotions at once. The adrenaline rush is unreal. It’s like entering another dimension. It’s so scary yet so exciting.

“I haven’t had a lot of experience yet but I try to remind myself of the training leading up to the fight and visualise the end goal: to win.

After just two fights, have you decided yet if you want to keep fighting, and if so what are your goals at the moment?

Grant: “Yes, absolutely! I want to get better technically and develop a good fight IQ. I want to get more experience in the ring as I’m still very much a novice to the sport.

“I want to make my coaches, team mates, friends and family proud.”